Arachnids In Nature: What Do They Eat And How Does It Impact Their Survival?  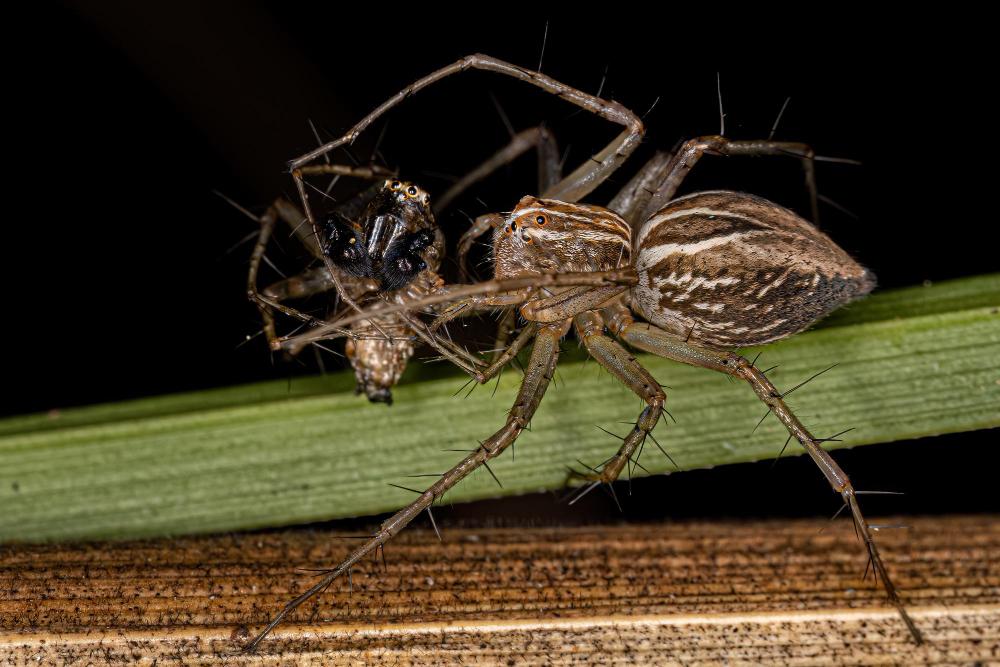 Arachnids have a bad reputation. They are often feared and considered pests, but what many people don’t know is that they play an important role in the balance of nature. This post will explore the diets of arachnids and how it impacts their survival. Stay tuned to learn more about these fascinating creatures!

The different diets of arachnids and how it affects their survival in the wild.

How arachnids’ eating habits impact the ecology around them.

Because they’re such voracious predators, arachnids can help to keep populations of other animals in check. This can be a good thing, as it helps to maintain a balance in the ecosystem. However, it can also be a bad thing if the population of arachnids gets out of control and they start decimating other animal populations.

Arachnids can also have an impact on the environment itself. For example, their silk is often used in the construction of nests and webs. This silk can be very strong, and it can last for a long time. This means that, when arachnids build their webs or nests in an area, they can actually change the landscape – at least, temporarily.

Why some arachnids are predators while others are scavengers.

The differences between venomous and non-venomous arachnids.

Venomous arachnids typically have sharp fangs that can pierce the skin of their prey. They also have special glands that produce venom. This venom is injected into the prey through the fangs. The venom then begins to break down the prey’s tissue, causing paralysis and death.

Non-venomous arachnids typically do not have sharp fangs. Instead, they have chewing mouthparts that they use to grind up their prey. They do not have special venom glands, so they are not able to inject venom into their prey.

How arachnids use their venom to kill their prey.

When an arachnid bites its prey, the venom travels through the victim’s body and quickly paralyzes them. The venom then breaks down the prey’s tissue, allowing the arachnid to feast on their meal. In some cases, the venom can also help to keep the prey fresh for a longer period of time.While the venom is incredibly effective at killing prey, it can also be dangerous to humans. A bite from an arachnid can cause severe pain, swelling, and in some cases, death. If you are bitten by an arachnid, it is important to seek medical help immediately.

The different methods that arachnids use to catch their prey.

Web spinning is a technique that spiders use to capture prey. Spiders will spin a web between two surfaces and then wait for an insect to become entangled in the web. Once the insect is ensnared, the spider will quickly move in to subdue and kill it.

Pouncing is another common method used by spiders to capture prey. In this case, the spider will lie in ambush and then jump out at an unsuspecting victim. This technique is often used to surprise and overwhelm larger prey items.

Trapping is a third method that spiders use to capture prey. In this case, the spider will build a trap that consists of a series of tripwires. When an insect brushes against one of the tripwires, the spider will quickly move in and subdue it.

What happens to an arachnid’s prey after it is eaten?

The vast majority of arachnids digest their prey externally. This means that they secrete digestive enzymes onto their prey, and then wait for the prey to liquefy before sucking it up. This process can take a few hours to a few days, depending on the size of the prey. Some larger arachnids will swallow their prey whole, but this is relatively rare.

In most cases, the prey’s exoskeleton is not digested and is simply excreted along with other solid waste. However, there are some exceptions to this rule. For example, some species of spiders are known to eat their own exoskeletons when they molt in order to gain back some of the nutrients that they have lost.

Once an arachnid has finished digesting its prey, it will usually clean itself up with its legs or chelicerae (mouthparts). This helps to prevent the spread of disease and also helps to keep the arachnid’s eyes and other sensory organs clean.

The different types of Arachnids found in nature.

Spiders are the largest group of arachnids and can be found on every continent except Antarctica. There are more than 35,000 species of spiders, and they come in a wide variety of shapes and sizes. Spiders are predators, and most of them catch their prey in webs. Some spiders, however, are active hunters that chase down their prey.

Scorpions are another type of arachnid. They are found in warm climates all over the world and are especially common in deserts. Scorpions are predators and use their stingers to kill their prey. Some scorpions are also venomous, and their stings can be dangerous to humans.

Mites are small arachnids that are found in a variety of habitats all over the world. There are more than 35,000 species of mites, and they come in a wide variety of shapes and sizes. Mites are predators or parasites, and some of them can be harmful to humans.

Ticks are another type of arachnid. They are found in wooded areas all over the world and are especially common in the southeastern United States. Ticks are parasites, and they feed on the blood of animals. Some ticks can transmit diseases to humans, such as Lyme disease.

The dangers that arachnids face in the wild.

One of the dangers that arachnids face in the wild is being eaten by other animals. Some animals, such as birds and lizards, will eat spiders. Another danger that spiders face is getting caught in webs or on sticky traps set by other animals. Some animals will also purposely kill spiders because they are afraid of them. Finally, spiders can also be killed by humans. Although most humans are not afraid of spiders, some people are and will kill them on sight.

What can be done to help arachnids survive in the wild?

One is to make sure that their natural habitat is preserved and not destroyed. Another is to provide them with food and water sources, as well as places to hide from predators. Finally, it is important to educate people about these creatures so that they can be appreciated and respected instead of feared.

Arachnids are fascinating creatures that can teach us a lot about the natural world. By understanding their diet and how it impacts their survival, we can get a better appreciation for these amazing animals. Have you ever seen an arachnid in nature? What did it eat? Let us know in the comments!

The Dark Side Of Human Psychology: How Your Brain Betrays You Every Day