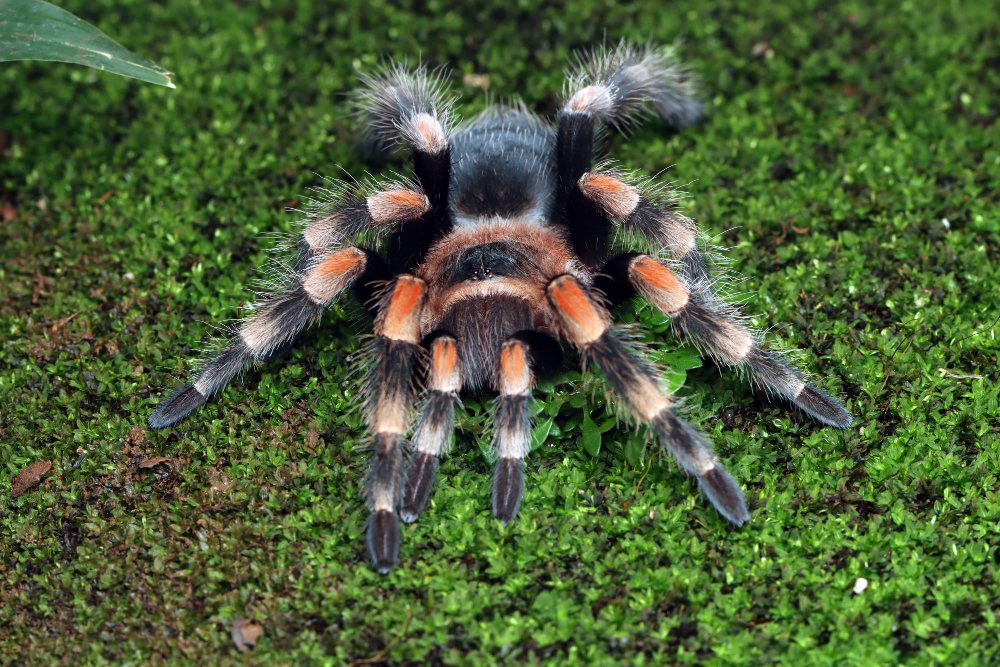 Do you know what arachnids eat? Most people think that spiders only eat insects, but they actually eat a variety of things! In this blog post, we will discuss the different types of food that arachnids eat and some fun facts about their diets. We will also provide some tips on how to get rid of spiders in your home. Stay tuned!

Arachnids are predators that capture and eat other animals.

First, they have sharp claws or fangs that can pierce the skin of their prey. Second, they are often very fast and agile, able to chase down and capture their prey before it can escape. Finally, arachnids have a venomous bite that can paralyze or kill their prey, making it easy for them to eat. Combined, these factors make arachnids some of the most feared predators in the animal kingdom.

Arachnids are predators that mostly eat insects. Some of the larger species of arachnids also eat lizards, frogs, and small mammals. The reason why arachnids mostly eat insects is because they are an easy source of food. Insects are small and not very strong, so they are easy for arachnids to catch and kill. Lizards, frogs, and small mammals are a bit more challenging for arachnids to hunt, but they provide a good source of food because they are bigger and have more meat on them. Additionally, some arachnids eat both insects and other animals depending on what is available in their environment. Arachnids are opportunistic feeders, so they will take advantage of whatever food source is available to them. Insects are usually the most common food source for arachnids, but larger arachnids will hunt and eat other animals if they are hungry enough.

Arachnids use their fangs to inject venom into their prey, paralyzing it before they begin to eat it.

Arachnids have two fangs that are connected to venom glands. The venom travels through tubes in the fangs and is injected into the prey when the arachnid bites. This venom quickly paralyzes the prey, allowing the arachnid to eat it without resistance. Some arachnids also use their venom to kill their prey outright, rather than simply paralyzing it. Arachnid venom is generally not harmful to humans, though there are a few exceptions.

Arachnids typically tear their prey apart with their chelicerae, which are the large pincers located at the front of their bodies.

This method of hunting and eating is very efficient for arachnids, as they can subdue their prey quickly and without expending a lot of energy. Additionally, it allows them to digest their food more easily, as they do not have to chew it up first.

So, next time you see an arachnid tearing apart its prey with its chelicerae, remember that this is just the arachnid’s way of getting a nutritious meal!

Some arachnids also have pedipalps, which are smaller pincers located near the mouth, that they use to help grasp and tear apart their prey.

Different arachnids use their chelicerae and pedipalps for different purposes depending on the type of arachnid. For example, mites have chelicerae (pincers) that they use to puncture and suck the juices out of their prey, while ticks have chelicerae that they use to latch onto their host’s skin. Pedipalps are also used for different purposes depending on the arachnid; they may be used for walking, grasping prey, or even injecting venom. Some arachnids, such as daddy long-legs and harvestmen, have lost their pedipalps altogether.

Arachnids typically digest their prey externally, by secreting enzymes onto the prey and then sucking up the liquefied remains.

This is in contrast to most other predators, which typically digest their prey internally. There are a few reasons why arachnids do this. First, it allows them to eat much larger prey than they could if they had to digest it internally. Second, it prevents them from getting sick from eating prey that may be diseased or otherwise poisonous. Finally, it allows them to digest their prey much faster than if they had to do it internally.

Some arachnids also practice internal digestion, where they store their prey in an internal sac before dissolving it with digestive juices.

This is different from many other animals, who mostly digest their prey externally. Arachnids that practice internal digestion can be found in all different parts of the world, and come in a variety of shapes and sizes. Some common examples of arachnids that engage in this behavior are spiders, mites, and ticks. While the specifics of how they digest their prey may vary, the overall process is generally the same.

Arachnids typically kill their prey by injecting them with venomous proteins that paralyze them. Once the prey is immobilized, the arachnid will then use its chelicerae (jaws) to tear it apart and stuff it into its internal sac. This sac is located in the arachnid’s abdomen, and contains powerful digestive enzymes that break down the prey’s tissues. The enzymes will typically dissolve the prey within 24-48 hours, after which the arachnid will absorb the nutrients it needs.

The main advantage of internal digestion for arachnids is that it allows them to eat prey that is much larger than they could otherwise handle. It also allows them to digest their food more slowly, which can be useful if food is scarce. However, internal digestion does have some disadvantages. For one, it makes arachnids more vulnerable to predators, as they cannot run away while they are digesting their prey. Additionally, if an arachnid is interrupted while digesting its prey, it may be unable to finish the process and will not get the full nutritional benefits.

Arachnids typically molt or shed their exoskeletons, several times throughout their lives as they grow.

This process allows them to expand their bodies and harden their new exoskeletons. Once an arachnid molts, its old exoskeleton becomes brittle and can easily break if touched. For this reason, many arachnids will build “molting chambers” or find other safe places to molt in order to avoid being injured during this vulnerable time. Some arachnids will also eat their old exoskeletons for extra nutrients.

Arachnids typically live for 1-2 years, but some species can live for up to 20 years in captivity.

The reason for this discrepancy is that in the wild, arachnids are subject to a number of dangers, including predators, lack of food, and exposure to the elements. In captivity, however, arachnids are protected from these threats, allowing them to live much longer lives. Additionally, captive arachnids typically have access to a much more nutritious diet than their wild counterparts, further contributing to their longevity. While the average lifespan of an arachnid is still relatively short, some species are able to thrive in captivity for many years.

There are over 100,000 different species of arachnids, including spiders, mites, ticks, and scorpions.

Arachnids are a very successful and diverse group of animals, and they have adapted to almost every environment on Earth.

One reason for their success is that they are very adaptable. Arachnids can live in the coldest climates and the hottest deserts. They can be found high in the mountains and deep in the oceans.

Another reason for their success is that they are very good at hunting. Arachnids have a wide variety of hunting strategies, and they are very efficient predators.

Finally, arachnids are very good at reproducing. They can produce a lot of offspring, and they have a short generation time. This means that they can quickly adapt to changes in their environment.

Arachnids are a diverse group of invertebrates that have been around for over 400 million years. There are more than 100,000 different species of arachnids, and they can be found on every continent except Antarctica. Arachnids come in all shapes and sizes, from the 2-millimeter-long spider to the 30-foot-long Goliath birdeater tarantula. While there are many different types of arachnids, they all share a few common characteristics: eight legs, two body parts (cephalothorax and abdomen), and no antennae or wings.

Why You Need To Stop Being So Critical Of Cosmetics

How To Use Spices To Create Global Cuisine At Home!