The Beauty And Diversity Of Bird Plumage And Song 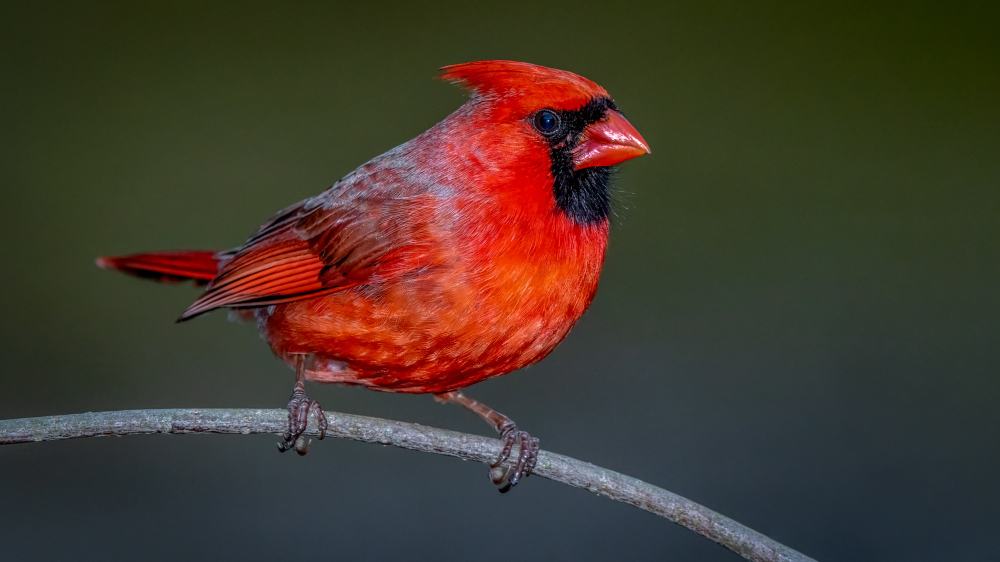 When you think of birds, what comes to mind? The beauty and diversity of their plumage? The joyous sound of their song? For millennia, people have been enchanted by these aerial creatures. In this post, we’ll take a closer look at the intriguing world of bird feathers and songs. Stay with us as we explore the fascinating secrets hidden in these avian wonders!

The beauty and diversity of bird plumage and song is amazing!

Some birds have such vibrant colors that they seem to be glowing, while others have more muted colors that help them blend in with their surroundings. And the songs of some birds are so beautiful that they can fill your heart with joy, while the calls of others can be so loud and shrill that they make you cringe! No matter what kind of plumage or song a bird has, though, it is sure to be beautiful and fascinating in its own way.

Why do birds have such beautiful plumage?

It is theorized that the bright plumage of birds is used for mate attraction and social signaling. The colorful feathers may also help to camouflage the bird, making it more difficult for predators to spot. Additionally, the plumage may play a role in thermoregulation, helping the bird to regulate its body temperature.

How important is song to birds?

Birdsong is one of the most important aspects of a bird’s life. It is used for communication, mate attraction, territoriality, and many other purposes. Birdsong is also a key factor in the development of young birds.

Most birdsong is learned behavior. This means that young birds must learn to sing from adults, usually their parents. The learning process is thought to begin with the young bird hearing the adults singing. The young bird then begins to imitate the adults, and over time develops its own unique song.

How does the appearance of a bird’s plumage affect its mating success?

Can the color of a bird’s plumage influence its ability to avoid predators?

There is some evidence that suggests that it can. For example, many birds that are preyed upon are dull-colored, while most predators are brightly colored. This could make it easier for prey to be camouflaged and harder for predators to be seen. In addition, some studies have found that when birds are exposed to light of different colors, they are more likely to be seen by predators when they are in darker colors. This suggests that lighter plumage may make it easier for birds to avoid being seen by predators.

However, there is also evidence that suggests that color does not have a significant effect on a bird’s ability to avoid predators. For example, many birds that are brightly colored are not preyed upon more than those that are dull-colored. In addition, some studies have found that when birds are exposed to light of different colors, they are just as likely to be seen by predators regardless of their plumage color. This suggests that color is not a major factor in a bird’s ability to avoid being seen by predators.

How does the plumage of male and female birds differ?

Male birds tend to be more brightly coloured than females. This is because they need to attract mates. The bright colours show that they are healthy and strong. Females usually have duller plumage so they can blend in with their surroundings. This helps them to avoid being seen by predators. Sometimes the male and female of a species will look very different from each other. This is called sexual dimorphism. An example of this is the peacock. The male has colourful feathers that cover its entire body, whereas the female has dull brown feathers. Sexual dimorphism is more common in birds that live in open habitats, such as grasslands, than in those that live in forests. This is because there is more chance of being seen by predators in open habitats.

What are the different functions of a bird’s plumage?

One function is to provide camouflage. This helps the bird to blend in with its surroundings and avoid becoming prey. Another function is to help the bird regulate its body temperature. The feathers can trap heat in, helping the bird to stay warm, or they can release heat, helping the bird to cool down. The plumage can also be used for communication, either between different birds of the same species or between a mother and her chicks. The colors and patterns of the feathers can convey important information about the bird’s identity, health, and intentions. Finally, the plumage can be used for display during courtship rituals. The bright colors and elaborate patterns of the feathers can help the bird to attract a mate.

How does the plumage of tropical birds compare to that of birds from other habitats?

The plumage of tropical birds generally consists of brighter and more vibrant colors than that of birds from other habitats. This is due to the abundance of sunlight and insects in tropical climates, which help to bring out the vivid colors in the feathers. In addition, the feathers of tropical birds are often thicker and more resistant to weathering, since they need to be able to withstand the harsh conditions of the tropics. Consequently, the plumage of tropical birds tends to be more striking and eye-catching than that of birds from other habitats.

What is the most colorful bird in the world?

Many people would say that the most colorful bird is the peacock. Peacocks are a type of pheasant, and their plumage is truly stunning. The males have long tail feathers that they can fan out into a spectacular display. The colors are very bright and include blues, greens, and purples. The females are not as brightly colored, but their plumage is still very pretty.

Other birds that are known for their bright colors are parrots. Parrots come in a wide variety of colors, including greens, blues, reds, oranges, and yellows. They are native to tropical regions and are very popular as pets.

Hummingbirds are also very colorful birds. They are usually brightly colored on their underside, with a green or blue back. The colors are iridescent and change depending on the angle of the light.

What is the most unusual plumage in the bird world?

The answer might surprise you – it’s the naked body of the kiwi bird! This unusual looking bird is actually quite common in New Zealand, where it is the national bird. The kiwi is a flightless bird with strong legs and sharp claws, which it uses to hunt for insects and other small animals in the forest floor. It has a long, curved beak, which it uses to probe the ground for food. The kiwi is a nocturnal bird, and is seldom seen in the daylight hours.

The kiwi bird’s plumage is quite different from most other birds. Instead of feathers, the kiwi has a layer of downy feathers, which are more like hair. The downy feathers are brown with silver streaks, and help to keep the kiwi warm in its cold forest home. The kiwi also has a very strong sense of smell, which it uses to find food.

How do baby birds get their plumage?

Baby birds get their plumage from their parents. The parent birds preen their young, and the oil from the preening helps to waterproof the feathers and keep them healthy. The baby bird’s own body also produces oils that help to keep the feathers in good condition.

Do all birds molt? If so, why?

No, not all birds molt. Some species of birds, such as hummingbirds, do not molt at all. Others, like ducks and geese, molt once a year. Some birds, like sparrows, can molt up to four times a year. The frequency with which a bird molts depends on the species, as well as the age and health of the individual bird.

Birds molt in order to change their plumage. This is usually done in order to adapt to a different season or climate, but can also be due to other factors such as age or health. Molting helps birds stay camouflaged and protected from predators and the elements. It can also help them regulate their body temperature and save energy.

How does the plumage of domestic birds differ from that of their wild ancestors?

The plumage of domestic birds is often different from that of their wild ancestors. This is due to the fact that domesticated birds are bred for specific traits, including appearance. For example, many chicken breeds have been developed with distinctively different plumage patterns. Some breeders select for birds with more colorful plumage, while others prefer patterns that are more subtle. In some cases, the plumage of domestic birds may be less vibrant than that of their wild ancestors due to the loss of certain pigmentation genes during domestication. However, there is no evidence that domestic birds are less healthy or hardy than their wild counterparts as a result of these changes in plumage.

What impact does the global trade in bird plumage have on wild populations?

The bird trade is a multi-billion dollar industry that ships millions of birds around the world each year. A large portion of this trade is in feathers, which are used for everything from clothing and jewelry to crafts and ceremonial dress.

While the trade in feathers is not necessarily harmful to wild bird populations, it can have negative impacts if it is not well managed. For example, if too many feathers are harvested from a single population, it can cause the birds to become stressed and could lead to a decline in their numbers. In addition, if the feathers are not obtained ethically (for example, if they are plucked from live birds), this can also cause suffering and potentially death.

Fortunately, there are many organizations and individuals working to ensure that the bird trade is conducted in a sustainable and ethical manner. By working together, we can help to protect wild bird populations while still enjoying the beauty and benefits of their feathers.

Are there any birds that are in danger of losing their beautiful plumage due to habitat loss or other threats?

The next time you’re outdoors, take a closer look at the birds around you. Appreciate their beauty and diversity of plumage and song. Who knows, maybe you’ll even be lucky enough to hear a wood thrush sing!

Board Games Can Help Improve Your Memory And Cognitive Skills

Human Emotions Are The Key To Understanding Street Style Fashion!