The Surprising Intelligence Of Birds And Their Capacity For Tool Use 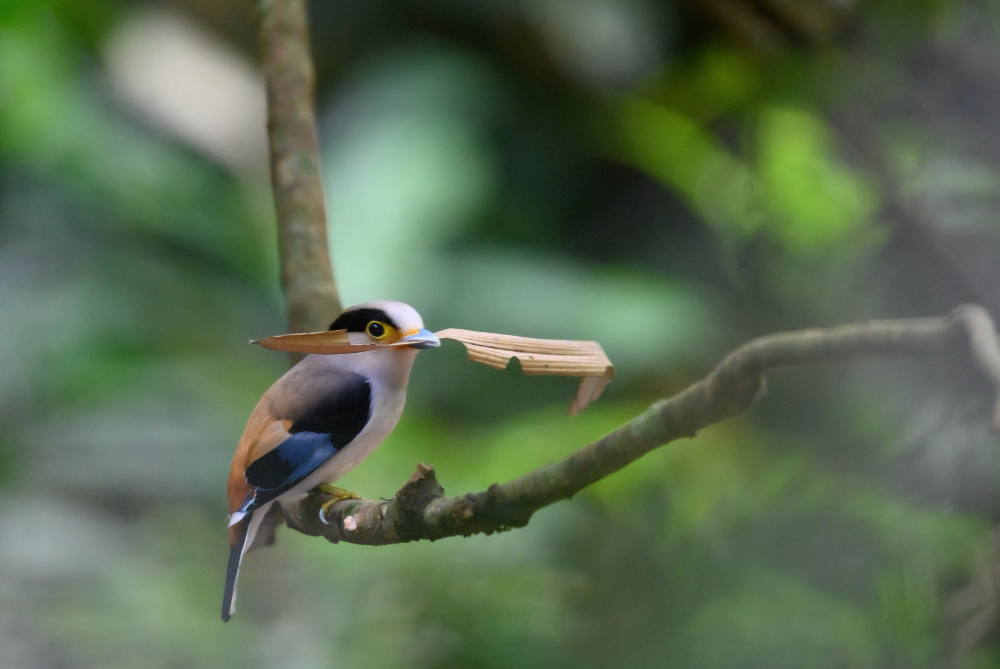 Birds are known for their intelligence and capacity for tool use, but a new study shows that some birds are even more clever than we thought. The study found that certain birds can not only use tools, but they can also plan ahead and adjust their tool use depending on the situation. This surprising intelligence is something that sets birds apart from other animals and underscores their unique capabilities.

What is the evolutionary history of birds and how did they develop their unique abilities?

Birds are thought to have evolved from theropod dinosaurs because they share many similarities with these animals. For example, both birds and theropods have hollow bones, which make them lighter and easier to fly. Additionally, both groups have three toes on each foot, although the arrangement of these toes is different in each group. Birds also share a number of other features with theropods, such as a Wishbone, which helps to support their wings.

The first birds appeared during the Jurassic period, and they were probably very similar to theropod dinosaurs. Over time, birds have evolved to become the animals we know today. They have adapted to their environment in order to survive and thrive. The unique features of birds are a testament to their evolutionary history and their ability to adapt to changing conditions.

How do different species of birds use tools, and what are some of the most impressive examples?

While many animals use tools to some extent, birds are among the most skilled and creative users of tools in the animal kingdom.

One of the most impressive examples of tool use in birds is seen in the New Caledonian crow. These crows are experts at using tools to obtain food. They have been known to fashion sticks into hooks and use them to fish grubs out of crevices in trees.

Another impressive example of bird tool use comes from the woodpecker finch of the Galapagos Islands. These birds use twigs or cactus spines to probe for insects inside tree bark.

How does tool use vary among individual birds, and what might this reveal about their cognitive abilities?

Some, like woodpeckers, use tools extensively and have been observed to use them in a variety of ways. Others, like crows, use tools only occasionally and typically only for a single purpose. This variation likely reflects differences in the cognitive abilities of different bird species.

Woodpeckers, for example, are thought to be particularly intelligent birds, and their use of tools seems to reflect this. They have been observed using tools to reach food that would otherwise be out of their reach, to build nests, and even to defend themselves against predators. Their ability to use tools in such a variety of ways suggests that they have a high level of intelligence.

Crows, on the other hand, are not generally considered to be as intelligent as woodpeckers. Their use of tools is much more limited, and they typically only use them for a single purpose – to obtain food. This suggests that they do not have the same level of intelligence as woodpeckers, and are not able to use tools in the same way.

Overall, the variation in tool use among different bird species reflects differences in their cognitive abilities. The most intelligent birds, like woodpeckers, are able to use tools in a variety of ways, while less intelligent birds, like crows, are only able to use them for a single purpose. This variation provides insight into the cognitive abilities of different bird species and how they differ from one another.

What do we know about the brain structure and function of birds that use tools?

Birds that use tools have a unique brain structure and function that allows them to perform this complex behavior. Studies of these birds’ brains have shown that they have enlarged areas responsible for motor control and coordination, as well as increased activity in the regions associated with planning and decision-making. This suggests that birds that use tools rely heavily on these cognitive abilities to select and use the appropriate tool for the task at hand. In addition, these birds also have a greater capacity for social learning, which allows them to quickly learn new tool-using behaviors from others. Together, these findings suggest that birds that use tools are highly intelligent creatures with well-developed cognitive abilities.

There are many ways to measure intelligence, but one way to compare tool use in animals is to other forms of intelligence is by looking at how widespread it is among different species. For example, although chimpanzees are considered to be one of the most intelligent animal species, they are not the only ones that use tools. In fact, tool use has been observed in many different animal groups, including fish, birds, and even some invertebrates. This suggests that tool use is not necessarily a sign of high intelligence, but rather is a more widespread behavior that has evolved multiple times independently.

One reason why tool use might be more widespread than other forms of intelligence is because it confers a number of advantages. For example, tools can be used to help animals obtain food, water, and shelter, or to protect them from predators. Tools can also be used to help animals communicate with each other. Thus, tool use provides a number of benefits that can be advantageous for survival.

Studies of tool use in animals can also tell us something about the evolution of intelligence. For example, the fact that tool use has evolved multiple times independently suggests that it is a relatively easy behavior to evolve. This is likely because tool use does not require a large brain or sophisticated cognitive abilities. Thus, the evolution of tool use might be one way that intelligence can first emerge in a species.

What are some potential benefits of studying tool-using birds in captivity?

Some potential benefits of studying tool-using birds in captivity include gaining insights into the cognitive abilities of these animals and how they use tools. Additionally, captive studies provide an opportunity to control for variables such as diet and social interactions that could potentially influence tool use behavior. Finally, observing tool use in a captive setting can help to identify possible functions of this behavior and potential evolutionary origins.

What challenges does this research pose for conservation efforts, and how can we protect these amazing creatures?

One way that we can protect birds is by ensuring that their habitat is protected. This means preserving areas of forest where they live, and making sure that there are no pollutants or other dangers in their environment. Additionally, we need to be aware of the threats that birds face from humans, such as hunting and trapping. By understanding the importance of birds, we can make sure that they are protected for future generations to enjoy.

What can we learn from birds about the role of intelligence in tool use, and what implications does this have for our own understanding of intelligence?

Birds are some of the most intelligent animals on the planet, and they have been shown to use tools in a variety of ways. For example, crows have been known to use sticks to reach food that is out of their reach, and even create new tools from scratch when necessary. This shows that birds are not only capable of using tools, but also of making decisions about when and how to use them.

This intelligence is likely due to the fact that birds have evolved larger brains in relation to their body size than any other group of animals. This allows them to process information more efficiently and make more complex decisions.

How does the study of tool-using birds help us to better understand the cognitive abilities of animals more broadly?

What future directions might this research take, and what exciting discoveries can we expect to see?

It is clear that there is much more to learn about the intelligence of birds and their tool-using abilities. Future research could explore these topics in greater depth, in order to gain a better understanding of how and why birds are so smart. Additionally, it would be interesting to see if other bird species are also capable of using tools. This could help to shed light on the evolution of this ability, and how it is that birds came to be so intelligent. Exciting discoveries await us as we continue to explore the fascinating world of bird intelligence.

One of the most interesting things about birds is their capacity for tool use. Recent studies have shown that crows, ravens, and jays are able to make tools out of a variety of materials. This intelligence rivals that of some primates. It’s fascinating to watch these animals figure out how to solve problems and get creative with their tool-making abilities. Who knows what else we might learn about bird intelligence in the future? For now, let’s just enjoy watching these clever creatures ply their trade.

Business Casual: How To Dress For Success Without Dressing Down Your Personality

The Dangers Of Winter Sports: What You Need To Know Before You Hit The Slopes Or The Ice

How Eating More Beans & Legumes Can Boost Your Grades