Magnetic Animals: Some Animals Are Able To Sense The Earth’s Magnetic Field & Use It 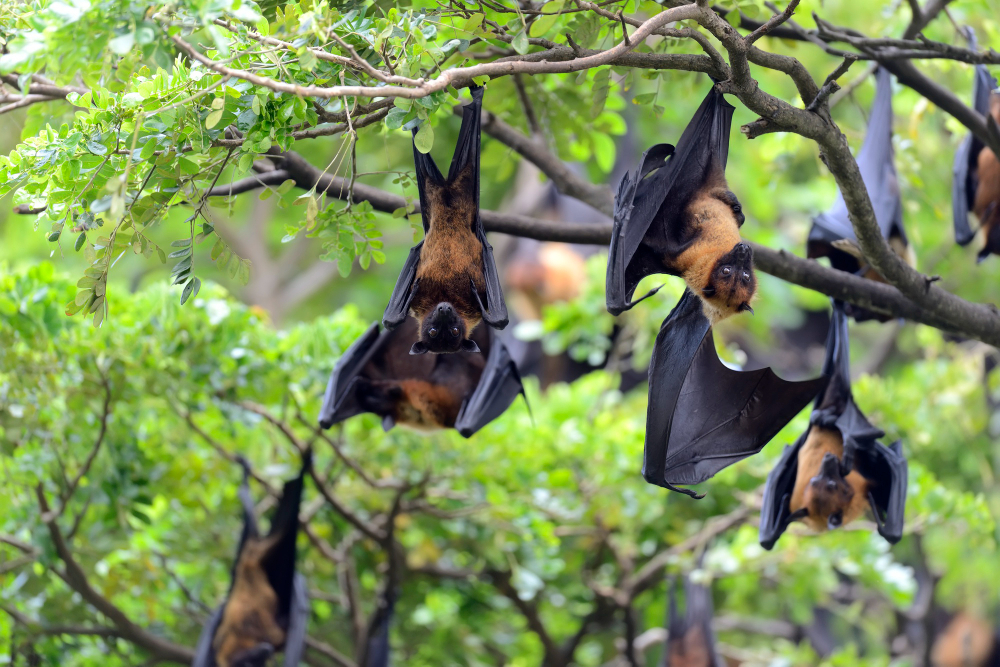 Have you ever wondered how animals know which direction they’re supposed to go when they’re migrating? Well, it turns out that some animals are able to sense the Earth’s magnetic field and use it as a guide. Scientists have been studying this phenomenon for years and are still trying to figure out exactly how it works. But what we do know is pretty amazing! Check out these cool facts about animal magnetism!

There are a number of animals that are known to be able to sense the Earth’s magnetic field, and it is thought that they use this ability to help them with navigation. Birds are perhaps the best-known examples of this, but other animals such as bees, turtles, and even some bacteria have also been shown to be sensitive to magnetism.

How exactly these creatures are able to detect the magnetic field is still not fully understood, but it is thought that they may use specialized cells in their brains or bodies that are sensitive to changes in magnetism. Some animals, such as bats, may also be using echolocation to help them map out their surroundings and identify the position of magnetic objects.

How do some animals use the earth’s magnetic field?

Which animals use the magnetic field of Earth to find their way?

Bats, dolphins, and migrating birds are just a few of the animals that use the Earth’s magnetic field to find their way. This ability is called magnetoreception, and it helps these animals orient themselves in relation to the planet’s magnetic poles. Magnetoreception is thought to be mediated by iron-containing particles in the animals’ brains, which are sensitive to changes in the magnetic field.

So far, the evidence suggests that if animals can sense electromagnetic fields, they are probably doing so using specialized cells in their bodies that are sensitive to these fields. However, it is still not clear how these cells work or how animals use them to navigate.

How does magnetism affect animals?

Magnetism has a variety of effects on animals, depending on the animal’s size, orientation, and distance from the magnetic source. Many animals are able to orient themselves using Earth’s magnetic field, which helps them with navigation. Some animals, such as sharks, use magnetism to sense prey. Additionally, magnetism can help animals identify mates and stay together in groups. However, too much exposure to magnetic fields can be harmful to animals.

How do birds use Earth’s magnetic field?

Birds use the Earth’s magnetic field for navigation. They are able to sense the magnetic field and use it to orient themselves in a particular direction. Some birds even have specialised cells in their brains that are sensitive to magnetic fields, which helps them to navigate accurately.

There is still some debate among scientists about how exactly birds use the Earth’s magnetic field for navigation. Some believe that they use it like a map, while others think that they may be able to sense the magnetic field directly. However, there is still much we don’t know about how birds navigate and more research is needed to understand all the details.

How do foxes use the magnetic field?

How do lobsters use magnetic fields?

Lobsters are able to sense and react to changes in the Earth’s magnetic field. This ability helps them orient themselves and navigate their underwater environment. When a lobster moves, its nervous system sends signals to special cells in its shell. These cells contain magnetite, a mineral that is attracted to magnetic fields. The magnetite aligns itself with the field, and the lobster’s nervous system uses this information to determine which way is up. This allows lobsters to orient themselves properly in the water and avoid becoming disoriented or lost.

How do bats use magnetism?

Bats are able to use magnetism for navigation due to the presence of iron-containing particles in their bodies. These particles are found in the bat’s liver and kidney, and act as tiny magnets. When the bat is flying, the magnetic particles align themselves in a north-south direction. This alignment gives the bat a sense of which way is north, and allows the bat to orient itself and navigate accordingly. Additionally, bats can use magnetism to detect prey. While flying, bats emit sound waves that bounce off of objects in their environment. If there is prey present, the sound waves will be reflected back to the bat at a slightly different frequency than if there was no prey. This change in frequency is known as the Doppler effect, and allows the bat to zero in on its prey.

The study of Earth’s magnetic field dates back to the early 1800s, when scientists first noticed that compass needles sometimes pointed in the wrong direction. Since then, researchers have learned a great deal about how our planet’s magnetic field is generated and why it fluctuates over time.

One popular theory suggests that Earth’s magnetic field is created by the motion of molten iron in the planet’s outer core. This liquid iron is heated by the Earth’s hot interior and rises to the surface, where it cools and sinks back down. As it does so, it creates a self-sustaining magnetic field.

However, this theory is still being debated, as there is no direct evidence that the Earth’s outer core is composed of molten iron. Scientists are still working to better understand how our planet’s magnetic field is generated and why it fluctuates over time.

Why is Earth’s magnetic field essential to the survival of life?

Earth’s magnetic field is essential to the survival of life because it protects the planet from harmful solar radiation. Without this protection, the surface of the Earth would be bombarded by high-energy particles that would disrupt the delicate balance of our environment and make it uninhabitable for most forms of life. The magnetosphere deflects these charged particles and shields the planet from their damaging effects.

Scientists have known for a while that some animals can sense the Earth’s magnetic field and use it for navigation. But new research suggests that this ability might be more widespread than we thought-and that it could even play a role in how animals mate. It’s fascinating to think about all the things we still don’t know about the animal kingdom and the amazing abilities some of these creatures possess. What other secrets do animals hold?

How To Experience Different Cultures While Studying Abroad

The Relationship Between Problem-Solving Ability And Human Psychology

Baked Goods That Changed The World: How Bread, Cake, And Cookies Shaped History

Lose Weight In 30 Days: How To Lose Weight Fast And Safely (16 Different Types Of Diet)