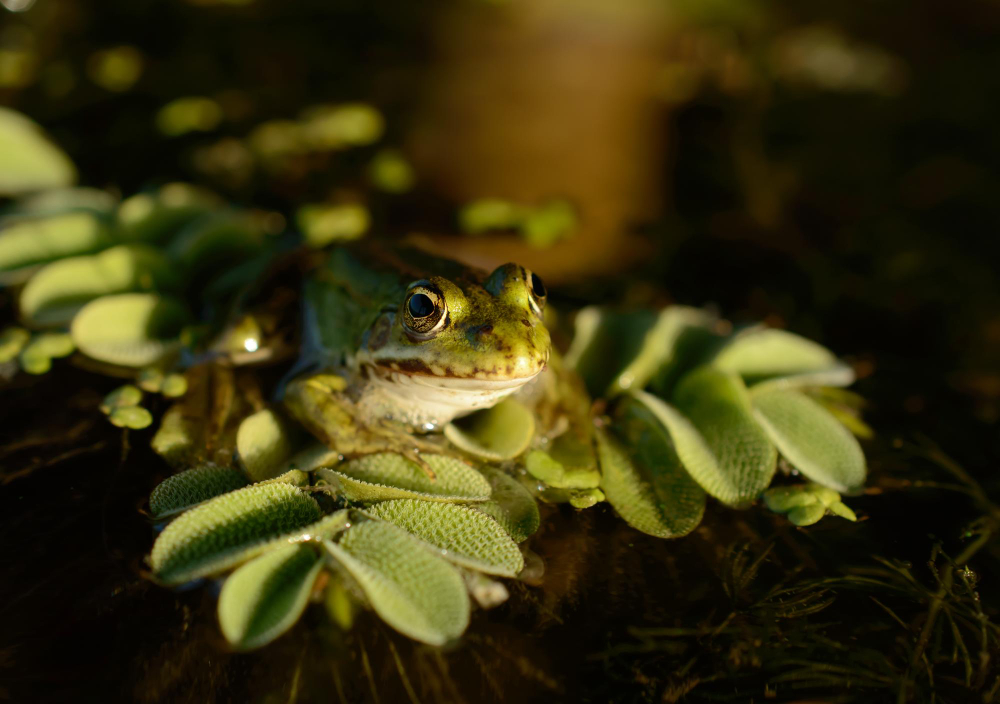 Did you know that your neighborhood is home to some pretty amazing creatures, like frogs and salamanders? These amphibians may seem small and insignificant, but they are actually quite fascinating. Learn more about these enchanting creatures in today’s blog post. You may be surprised to find out how common they are in your area!

Frogs are one of the most enchanting creatures in the animal kingdom. They come in all shapes, sizes, and colors, and they have some of the most unique abilities of any creature on Earth.

Did you know that there are more than 6,000 different species of frogs? That’s more than any other type of amphibian! And they can be found on every continent except Antarctica.

Some frogs are so small they can fit on a penny, while others are as big as a human child. Some frogs can jump 20 feet in a single bound, and some can even change colors to match their surroundings.

Frogs play an important role in the ecosystem. They help to control insect populations, and their tadpoles provide food for fish and other aquatic creatures.

If you’re lucky, you might spot one of these enchanting amphibians in your own backyard! Here are a few of the most common species of frogs that can be found in North America:

Did you know that there are toads living in your neighborhood? These small, warty creatures are actually quite enchanting, and they can be found in a variety of habitats. Toads are amphibians, which means they can live both on land and in water. In fact, most toads spend the majority of their time on land, only returning to the water to breed.

There are many different species of toads, and they come in a variety of colors and sizes. Some toads even have toxic skin secretions that can deter predators. Toads are mostly nocturnal creatures, so you may not see them very often.

Who knew that such enchanting creatures were lurking in our very own neighborhoods? Salamanders are one of the most under-appreciated and misunderstood animals out there, but these little guys are actually pretty amazing.

For starters, salamanders are incredibly diverse, with over 650 different species found all over the world. They come in all sorts of shapes and sizes, with some species growing to over a foot in length, and others staying small enough to fit in the palm of your hand.

But what really sets salamanders apart is their ability to adapt to their environment. While most amphibians need water to breed, salamanders can actually survive and reproduce entirely on land. This has allowed them to colonize some of the most extreme habitats on Earth, from the coldest mountains to the driest deserts.

If you live near a pond or other body of water, there’s a good chance that newts are living nearby too. Though they’re often overshadowed by their more popular cousin, the frog, these amphibians are just as enchanting – and just as important to their ecosystem.

Newts come in a variety of colors and patterns, but they all have one thing in common: a love for water. In fact, newts spend the majority of their lives in or around water, only coming on land to mate and lay eggs.

While most newts are harmless to humans, there are a few species that can deliver a poisonous bite if they feel threatened. However, these newts are still an important part of the ecosystem, helping to control mosquito and other insect populations.

Though they may look like something out of a child’s imagination, axolotls are very real creatures that can be found in certain areas of North America. These unusual amphibians have several features that set them apart from other animals, including their ability to regenerated lost limbs and their permanently aquatic lifestyle.

Axolotls are most commonly found in the wild in and around Mexico City, where they make their home in the city’s canals and lakes. In recent years, however, axolotls have also been spotted in other parts of North America, including the United States.

Caecilians are a fascinating group of amphibians that many people don’t even know exist! These strange creatures look more like worms or snakes than they do frogs or toads, and they spend most of their lives hidden away underground.

Despite their unassuming appearance, caecilians are actually quite amazing animals. They come in a huge range of sizes and colors, and some species can even change their skin color to match their surroundings. Caecilians are also masters of camouflage, and many species have patterns or markings on their skin that help them blend in with the leaves and dirt of their habitat.

Caecilians are found in tropical regions all over the world, from Africa to South America to Southeast Asia. In many areas, they are the most common type of amphibian, outnumbering all other amphibian groups combined!

Caecilians come in a wide variety of shapes and sizes, but all species have a few things in common. They all have long, slender bodies and they all lack legs. Instead, they have rows of small, sharp teeth that they use to capture their prey.

Most caecilians are dark-colored, but some species are brightly colored or even fluorescent! These bright colors may help caecilians attract mates, or warn predators that they are poisonous.

Caecilians are mostly nocturnal, meaning they are active at night. During the day, they spend most of their time hidden away in their burrows, coming out only to hunt for food or mate.

Caecilians typically eat small invertebrates like worms and insects, but some species are known to eat other amphibians, reptiles, and even small mammals!

Caecilians reproduce in a variety of ways, depending on the species. Some caecilians lay eggs that hatch into tadpoles, while others give birth to fully-formed young. In some cases, the female caecilian will actually wrap her body around the eggs to protect them until they hatch.

If you live near a body of water in Africa, chances are good that you have some amphibian neighbors. One of the most common, and enchanting, species is the African dwarf frog.

These tiny frogs only grow to be about two inches long, but they more than make up for their size with their personality. African dwarf frogs are very social creatures, and love to interact with their tank mates. They are also known for being quite playful, and will often engage in what looks like play fighting with each other.

African dwarf frogs are not the easiest amphibians to care for, but they can make great pets for those who are willing to put in the effort. They require a bit more care than some of the other common pet frogs, but their personality makes them well worth it.

If you are thinking about adding an African dwarf frog to your family, here are a few things you should know:

African dwarf frogs are native to Africa, and can be found in countries such as Ghana, Nigeria, and Congo.

They prefer to live in slow-moving or still waters, such as ponds, lakes, and swamps.

African dwarf frogs are fully aquatic, meaning they spend their entire lives in the water. They do not have lungs, and instead breathe through their skin.

African dwarf frogs are omnivorous, and will eat both plants and animals. In the wild, their diet consists mostly of insects, but in captivity they can be fed a variety of foods, such as freeze-dried bloodworms, brine shrimp, and pellets.

African dwarf frogs are very sensitive to changes in their environment, and even small fluctuations can cause them stress. For this reason, it is important to keep their tank clean and stable.

African dwarf frogs are social creatures, and do best when kept in pairs or groups. They should have at least 10 gallons of water per frog.

If you live in an area with trees, chances are you have tree frogs living nearby. These small amphibians are usually green or brown, and they get their name from the fact that they spend most of their time in trees.

Tree frogs are great climbers, thanks to the suction cups on their toes. They use these suction cups to stick to branches and leaves, and they can even climb up smooth surfaces like glass.

Some tree frogs can change color to match their surroundings. This adaptation helps them to avoid predators and blend in with their environment.

Tree frogs are mostly nocturnal, meaning they are most active at night. During the day, they sleep in the trees, often hiding among the leaves.

Tree frogs are carnivorous, meaning they eat other animals. Their diet consists of insects, spiders, and other small invertebrates.

Tree frogs are social creatures, and they communicate with each other by making a variety of vocalizations. These vocalizations can be used to attract mates, warn of predators, or mark their territory.

Bullfrogs are large frogs that can grow to be up to 8 inches long. They are usually green or brown in color, and they have a distinctive “call” that sounds like a deep, booming “jug-o-rum.”

Interestingly, bullfrogs are actually quite good swimmers, and they have been known to travel up to 12 miles in a single day! They are also very good jumpers, and they can leap up to 3 feet high.

Bullfrogs usually live near ponds, lakes, and other bodies of water. They are mostly active at night, when they hunt for insects, small fish, and other amphibians to eat.

Amphibians are fascinating creatures that can be found living in our neighborhoods. By taking the time to learn about these animals, we can appreciate their unique adaptations and help protect them from becoming endangered. Have you seen any amphibians in your neighborhood? What did you think?

Why Business Casual Is The New Black

How Immigrants Are Reshaping Advertising And Marketing