You Won’t Believe What These Sweets From Around The World Taste Like! 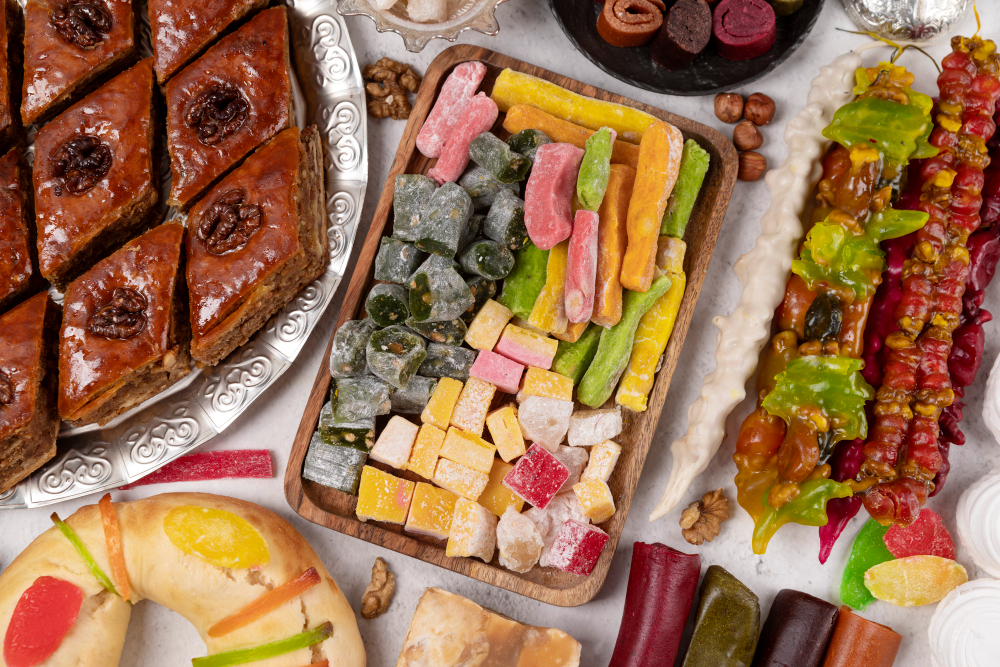 As you travel the world, you’ll come across some pretty unique sweets. Some of them might sound strange, but trust us when we say that they’re worth trying! So why not expand your taste buds and try some of these delicious treats? You might just be surprised at how good they are!

Pocky is a popular Japanese snack that consists of biscuit sticks coated in chocolate. The treat was first introduced in 1966 by Glico, a Japanese confectionery company. Since then, Pocky has become a global phenomenon, with many different flavors and variations being produced over the years.

One of the things that makes Pocky so popular is its unique flavor. The combination of the crispy biscuit stick and the rich chocolate coating is unlike anything else on the market. This delicious snack is perfect for satisfying your sweet tooth.

Dulce de leche is a confection that originated in Argentina. It is made by slowly simmering milk and sugar until it forms a thick, creamy sauce. The resulting sauce is then used to fill and flavor various desserts, such as cakes, cookies, and candies.

Dulce de leche has a rich, sweet flavor that is reminiscent of caramel. It is often used as a topping or filling for desserts, but can also be enjoyed on its own.

Baklava is a rich and sweet pastry that is popular in many Middle Eastern and North African countries. The pastry is made of layers of phyllo dough that are filled with chopped nuts, and then soaked in a syrup or honey. Baklava is often served as a dessert, but it can also be a snack or even a meal.

The history of baklava is not clear, but it is thought to have originated in the Ottoman Empire. The word “baklava” comes from the Turkish language, and it is believed that the pastry was introduced to Turkey by the Central Asians. Baklava quickly became a popular treat in the Ottoman Empire, and it soon spread to other parts of the Middle East and North Africa.

These traditional Spanish treats are made of fried dough and coated in sugar. They are often served with dipping sauces, such as chocolate or caramel. Churros are a popular snack food, but they can also be enjoyed for breakfast or dessert.

If you haven’t tried churros before, you’re in for a real treat. These sweet, fried treats are absolutely delicious. And if you’re looking for a new breakfast or dessert option, churros are definitely worth trying. Trust us, you won’t be disappointed.

Gelato is a type of Italian ice cream that is made with milk, cream, and sugar. It is usually flavoured with fruit, chocolate, or nuts. Gelato is smoother and denser than regular ice cream because it has less air and fat.

What makes gelato so special is the way it is made. Gelato is churned more slowly than ice cream, which gives it a denser texture. And because gelato is made with less milk and cream, the flavours are more intense.

These delightful little cakes are made from two fluffy rounds of chocolate cake, filled with a sweet creamy filling. They originate from the Amish communities in Pennsylvania, and are now enjoyed all over the country. Whoopie pies are best served fresh and warm, straight from the oven. The rich chocolate flavor of the cake, combined with the creamy filling, makes for a delicious and indulgent treat.

These delicate little cookies have a reputation for being difficult to make, but with a bit of practice, anyone can master them. Macarons are made from a simple mixture of ground almonds, sugar, and egg whites, which are then piped into rounds and baked until crisp. The cookies are then sandwiched together with a variety of fillings, such as chocolate ganache, buttercream, or jam.

Despite their reputation, macarons are actually quite simple to make. With a little practice, anyone can master them. The key to success is in the mixing of the ingredients. The ground almonds and sugar must be combined thoroughly, and the egg whites must be whipped to stiff peaks. Once you have the hang of it, making macarons is a breeze!

Who doesn’t love the classic flavor of melted chocolate and toasted marshmallows sandwiched between two graham crackers? This delicious treat is a favorite among many Americans, especially during the summertime. Interestingly, the history of s’mores actually dates back to the early 1900s. The earliest known recipe for this sweet treat appeared in a scouting manual published in 1927. Since then, s’mores have become a popular campfire snack enjoyed by people of all ages.

These little bites of heaven are made from meringue and are named after the Russian ballet dancer, Anna Pavlova. They are often served with fresh fruit and whipped cream, making them the perfect summer dessert. pavlova recipe australian pavlova history anna pavlova how to make pavlova

Pavlova is a popular dessert in Australia and New Zealand. It is made from meringue and often served with fresh fruit and whipped cream. The dish is named after the Russian ballerina, Anna Pavlova.

Pavlova is relatively easy to make at home. The key ingredients are egg whites, sugar, cornstarch, and vinegar. The egg whites are whipped into a stable meringue, then the sugar and cornstarch are added. Finally, the vinegar is folded in to give the Pavlova its signature crispy texture.

Once the meringue is baked, it is traditionally topped with fresh fruit and whipped cream. The most popular fruits to use are strawberries, kiwis, and passionfruit. However, any type of fruit can be used.

From the unique and strange to the downright delicious, we’ve explored some of the most interesting sweet treats from around the world. Have you tried any of these? What was your experience like? Let us know in the comments below!

What Are The Benefits Of Practicing Target Sports?

How To Choose The Right Reptile For You

Why Makeup Is The Most Important Part Of Movies