Why Makeup Is The Most Important Part Of Movies 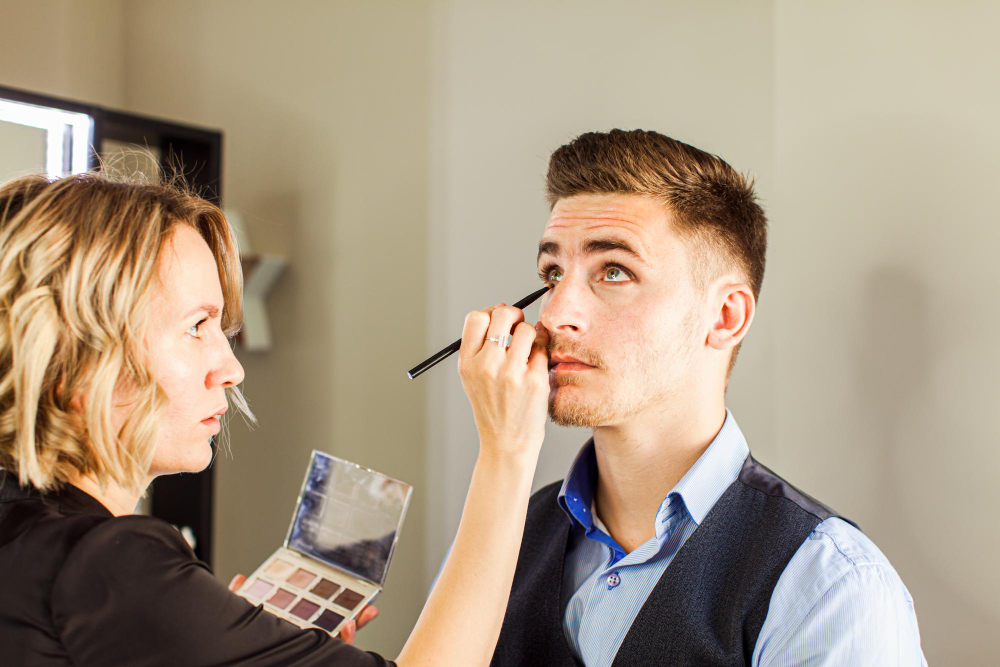 Do you ever wonder why makeup is such a big part of movies? I mean, why do we put so much emphasis on the way actors and actresses look? After all, their performance is what we’re supposed to be watching, right? Wrong. In reality, the way someone looks can have a huge impact on their performance – and that’s where makeup comes in.

Makeup allows actors and actresses to completely transform into their characters, which is essential for many movies

For many actors and actresses, being able to completely transform into their characters is essential. Makeup allows them to do this by completely altering their appearance. This can be something as simple as changing the color of their skin or hair, or it can be much more drastic, like adding prosthetic features. No matter what the transformation is, makeup is essential for bringing it to life.

Many movies require actors and actresses to play completely different characters from who they are in real life. In order to convincingly portray these characters, they need to be able to transform their appearance. Makeup is the perfect tool for this. It can be used to add or remove features, change colors, and create completely new looks.

Makeup is also essential for creating characters that are not human. Aliens, monsters, and otherworldly beings often require special makeup effects in order to look convincing on screen. Without makeup, these characters would simply look like people in costumes.

Without makeup, moviegoers would be constantly reminded that they are watching people pretending to be someone else

The art of makeup is to create the illusion that the actors are the characters they are playing. This is done by accentuating their features and downplaying any imperfections. For example, if an actor has a large nose, the makeup artist may use contouring to make it appear smaller. If an actress has small eyes, they may be lined with a dark pencil to make them appear bigger.

Without makeup, the illusion is broken and moviegoers are constantly reminded that they are watching people pretending to be someone else. This can be distracting and takes away from the overall experience.

Makeup can help set the tone and atmosphere of a scene

Of course, makeup is not always used to create a specific look for a character. Sometimes, it is simply used to make the actors look their best. This is especially true in sitcoms or other shows where the characters are supposed to be attractive and approachable. In these cases, makeup is used to even out skin tones, cover blemishes, and give the actors a healthy glow.

It can be used to make a character look more attractive, or to make them look more monstrous

Makeup can help sell a character’s backstory – for example, if they have been in a war or have a history of drug abuse

One of the most important aspects of creating a believable character is making them look healthy or sick, depending on the role they are playing. Makeup can be a very effective tool in achieving this goal.

For example, if a character is supposed to look ill, pale foundation and dark circles under the eyes can create a gaunt appearance. Adding a touch of green to the foundation can also give the skin a sallow, unhealthy look.

On the other hand, if a character is supposed to look healthy and vibrant, using brighter foundation shades and adding some pink to the cheeks can achieve this. A healthy complexion can also be achieved by using highlight and contour makeup to create more definition in the face.

It can be used to make someone look like they have just been through an intense experience, like a fight or a car accident

If you want to look like you’ve just been in a fight, there are a few things you can do with makeup. First, you’ll want to create some bruises. To do this, use a dark eyeshadow or eyeliner to create contusions on your face. You can also use red lipstick or blush to create scrapes and cuts.

Next, you’ll want to add some dirt and grime. To do this, use a dark eyeshadow or eyeliner to create smudges on your face. You can also use a light eyeshadow or foundation to create a matte finish. Finally, use a setting spray to keep everything in place.

Makeup can help create the illusion of special effects, like wounds or bruises

By using the right colors and blending them well, you can create a realistic looking injury that will fool anyone who sees it.

If you want to create a bruise, start by choosing a dark purple or blue eyeshadow. Apply this to the area you want to bruise, using a fluffy brush to blend it out. Next, take a slightly lighter shade and apply it to the center of the bruise. Finally, use a highlight color to add some dimension and realism.

Wounds are another great way to use makeup to create special effects. Start by applying a base color that is similar to your skin tone. Next, use a dark red or brown eyeshadow to create the illusion of a scab. Finally, use a highlight color to add some dimension and realism.

Ultimately, makeup is one of the most important tools that filmmakers have to create believable and compelling characters

There are a number of reasons why makeup is so important in filmmaking. First, it can help to create a sense of realism. If an actor looks too perfect, it can take audiences out of the movie. But if an actor looks like they have some imperfections, it can make them seem more real. Second, makeup can also help to create a sense of identity for a character. By using different makeup techniques, filmmakers can make a character look unique and distinguishable from other characters in the film. And third, makeup can also help to convey a character’s emotional state. For example, if a character is supposed to look sad, the right makeup can help to convey that emotion.

In the end, it’s clear that makeup is one of the most important aspects of movies. It can make or break an actor’s performance, and it can be used to create a whole new world on the big screen. We hope you enjoyed this look at the power of makeup in cinema!

Nearly Half Of All American Adults Say They Snack Every Day