How Makeup Can Make Or Break A Movie 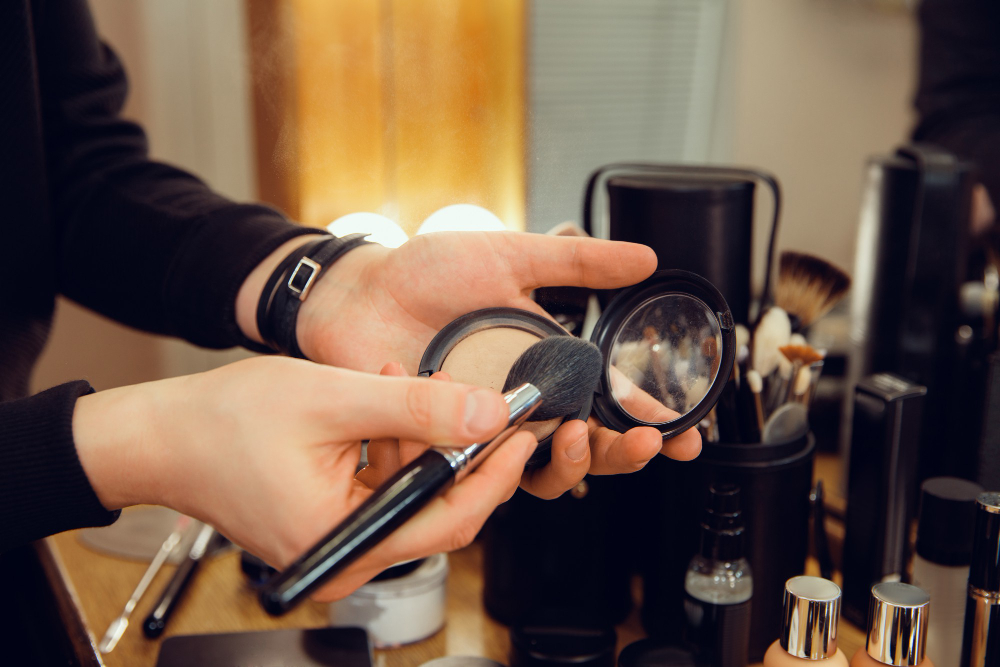 We often think of makeup as a tool to enhance our appearance, but in the world of cinema, it can be the difference between a good movie and a great one. Whether it’s adding subtle nuances that help actors inhabit their characters or transforming them into completely different people, makeup artists play a critical role in creating believable on-screen worlds. Here are just a few examples of how makeup can make or break a movie.

How does makeup play into the success or failure of a movie?

Makeup is one of the most important aspects of filmmaking. A good makeup artist can make an actor or actress look completely different, and can help create the atmosphere of a scene. Makeup can also be used to cover up mistakes, such as continuity errors.

However, makeup can also be a hindrance if it is not applied correctly. Makeup that is too heavy can make an actor or actress look unnatural, and can be distracting to the audience. Makeup that does not match the lighting of a scene can also be a problem.

Is there such a thing as too much makeup in a movie?

Yes, there can definitely be too much makeup in a movie. If it is not applied correctly or if the character is wearing too much for the era or setting of the film, it can look ridiculous and take audiences out of the story. Additionally, heavy makeup can make it difficult for actors to emote and express themselves properly on screen. Too much makeup can also be distracting and take away from the overall experience of watching a film.

How does makeup help create a believable character on screen?

In film and television, makeup is used to help create a believable character. It can be used to make a person look older or younger, change the shape of their face, or even make them look like a completely different person. Makeup can also be used to highlight certain features or to cover up imperfections.

When applied correctly, makeup can help an actor or actress to convincingly become their character. It can also help the audience to suspend their disbelief and believe that they are seeing a real person on screen, rather than just someone wearing makeup.

Makeup artists are highly skilled professionals who understand how to use makeup to achieve the desired effect. They work closely with directors and actors to ensure that the character looks right on screen.

What are some of the most iconic uses of makeup in movies?

There are countless examples of makeup being used to transform actors and actresses into completely different people onscreen. Whether it’s making them look older, younger, more attractive, or simply creating a memorable character, makeup can be hugely important in movies.

Some of the most iconic uses of makeup in movies include:

How has digital technology changed the role of makeup in movies?

With the advent of digital technology, the role of makeup in movies has changed dramatically. In the past, makeup was used to simply make actors and actresses look their best on camera. However, with digital technology, makeup can now be used to create completely new looks and completely transform an actor or actress’s appearance. This has allowed filmmakers to be much more creative with their makeup designs and has allowed for some truly amazing results.

One of the most famous examples of this is the work that was done on the character of Gollum in the Lord of the Rings movies. Using digital technology, the makeup artists were able to completely transform actor Andy Serkis into the creature Gollum. The results were so realistic and believable that many people believed that Serkis was actually wearing a prosthetic mask.

Digital technology has also been used to create some truly horrifying makeup effects. In the movie The Ring, actress Naomi Watts was made to look like she had aged several years in just a matter of days. The effect was so realistic and believable that it caused many people to have nightmares.

Digital technology has allowed makeup artists to do things that were once thought to be impossible. With the right tools and the right creativity, almost anything is possible when it comes to movie makeup.

How can makeup be used to create a sense of suspense or terror in a movie?

How does makeup help create a feeling of otherworldly characters or settings in movies?

By using different techniques, makeup artists are able to transform actors into creatures that would otherwise be impossible to believe. This can be seen in movies like The Lord of the Rings, where the use of special effects makeup helps bring to life the various races of Middle-earth, or in sci-fi movies like The Matrix, where the characters are given a cyberpunk look that makes them appear as though they come from another world.

In many cases, the makeup used in movies is not just for show, but serves an important plot function. For example, in The Usual Suspects, the character of Verbal Kint is only able to fool the police because of his disfigured face, which is the result of heavy facial burns. In The Silence of the Lambs, Hannibal Lecter is able to evade capture by using makeup to disguise himself as an old woman.

Makeup can also be used to create a sense of foreboding or menace in a movie. In horror movies, for example, the use of gory makeup can make the viewer feel as though they are in real danger. In suspenseful thrillers, the use of dark and dramatic makeup can add to the sense of unease and tension.

What are some overlooked aspects of movie makeup design?

One of the most overlooked aspects of movie makeup design is the role of the makeup artist. Makeup artists are responsible for creating the looks that help bring characters to life on screen, but their work often goes unnoticed.

Another overlooked aspect of movie makeup design is the importance of detail. Every character has unique features that need to be accounted for in the design process. Paying attention to small details can make all the difference in creating a believable character.

Finally, movie makeup designs must also be functional. Makeup needs to withstand the rigors of filming, which means it has to be durable and long-lasting. It’s important to consider how makeup will look under different lighting conditions and how it will hold up over the course of a shoot.

How can bad makeup ruin a good movie?

Makeup is an important part of any movie. It can help set the tone and atmosphere of a scene, and it can also help make the characters look their best. However, bad makeup can ruin a good movie. Poorly applied makeup can make the characters look unnatural or even laughable, and it can take away from the overall quality of the film. If you’re planning to see a movie, be sure to pay attention to the makeup worn by the characters, as it can make all the difference in your enjoyment of the film.

What are some general tips for creating successful movie makeup designs?

1. Make sure the makeup is appropriate for the character.

2. Use quality products that will look good on camera.

3. Pay attention to detail and make sure the makeup is applied evenly.

4. Make sure the makeup compliments the actor’s features.

5. Practice beforehand to perfect the look.

The makeup and special effects in a movie can make or break the film. It is important for filmmakers to get the look of their characters correct, as well as the setting. In order to create a believable world on screen, it is necessary to have skilled makeup artists who can transform an actor into whatever character they are playing. With the right team in place, any filmmaker can create a masterpiece that will leave audiences wanting more.

The Beauty Of Flowers In Art