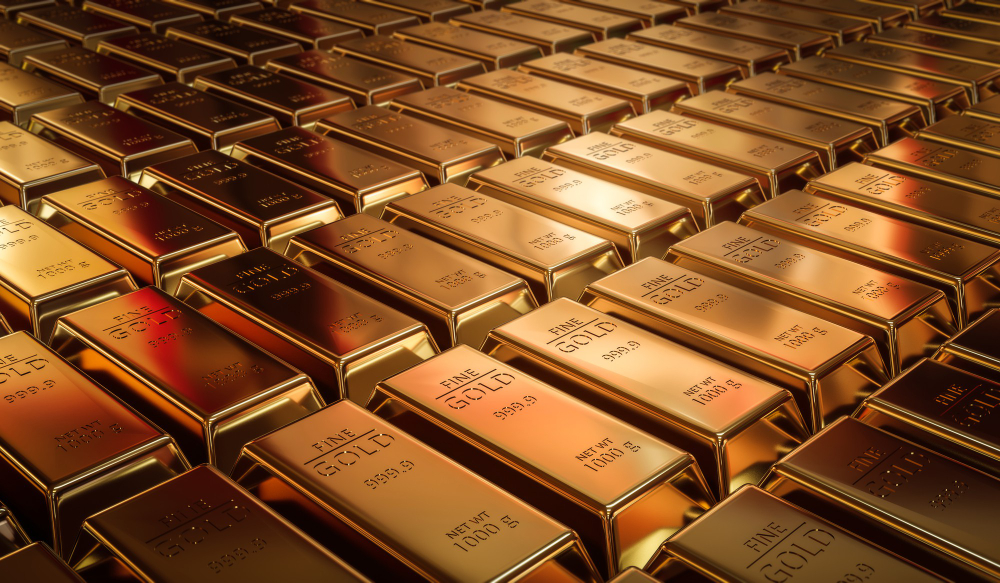 South Africa’s gold reserves are the second largest in the world and it is estimated that they can last for over 50 years at the current production rate. The country also has large reserves of uranium, platinum, chromium, manganese, vanadium, and titanium.

The Witwatersrand Basin is home to the world’s largest gold deposit and is responsible for producing a large percentage of the gold mined in South Africa. The basin stretches over an area of 400 kilometers and contains some of the richest gold deposits in the world.

Gold mining in South Africa has a long history dating back to the early 1800s when the first commercial mines were established. The country is home to some of the world’s largest gold mines, which are all located in the Witwatersrand Basin.

The gold mining industry in South Africa is currently facing a number of challenges. The most significant of these is the declining gold price which has resulted in a decrease in production and profitability. In addition, the industry is also faced with increasing costs, environmental regulations, and social pressures.

The future of the gold mining industry in South Africa is uncertain but it remains an important part of the economy and will likely continue to play a significant role in the country’s development.

Algeria’s gold reserves are among the top ten in Africa and are estimated at about 560 tonnes. Algeria is the largest country in Africa and has a diverse economy.

The mining sector in Algeria plays a significant role in the economy of the country. The reserves of phosphate, lead, zinc, silver and gold are among the highest in Africa. Mining activity in Algeria is currently concentrated on the exploitation of hydrocarbons, with oil and gas accounting for about 60% of total exports. However, the country has significant reserves of other minerals, including iron ore, manganese, copper, nickel, lead, zinc and silver.

The Algerian government has recently introduced a number of reforms to attract foreign investment in the mining sector. These include the launch of a new mining code and the establishment of a one-stop shop for mining companies. The government is also working on the development of infrastructure, such as roads and power plants, to support the growth of the sector.

Algeria has great potential for further development of its mining sector. The country’s abundant mineral resources, combined with its political stability and investor-friendly policies, make it an attractive destination for mining companies.

The government’s commitment to reform and attract foreign investment is expected to create opportunities for further growth in the sector.

Some of Algeria’s major mining projects include the development of the El-Abed deposit, which is estimated to contain more than 1 billion tonnes of iron ore, and the construction of a new phosphate mine at Tiris Zemmour.

Morocco’s gold reserves are estimated to be around 510 metric tons. The country’s economy is largely dependent on agriculture, tourism, and remittances from Moroccans working abroad.

Morocco’s gold reserves account for about 3% of its total foreign reserves. In addition to gold, Morocco also has significant reserves of other minerals including silver, copper, zinc, and lead.

The Moroccan government has been working to develop the country’s mining sector in recent years, with a particular focus on gold. In 2014, the government launched a program to support small-scale miners and help them formalize their operations. This has helped increase Morocco’s gold production, which rose from 1.5 metric tons in 2013 to 4 metric tons in 2016.

In addition to gold, Morocco is also a major producer of other minerals including silver, copper, zinc, and lead. The country’s mining sector has seen significant growth in recent years, due in part to government support for small-scale miners. As a result, Morocco’s mineral production has increased from $1.5 billion in 2013 to $2.9 billion in 2016.

The Moroccan government is working to increase the country’s gold reserves and production as part of its economic development plans. In addition to supporting small-scale miners, the government is also investing in exploration and mining projects. These efforts are expected to help increase Morocco’s gold reserves and production in the coming years.

Mali’s gold reserves are estimated to be about 100 metric tons. Mali is the third largest gold producer in Africa, after South Africa and Ghana.

Gold mining in Mali has increased significantly since the early 2000s, with output reaching over 50 metric tons in 2013. Mali is now the second largest gold producer in Africa, after Ghana.

Most of Mali’s gold is produced by small-scale miners who work in artisanal gold mines. These miners use simple tools and methods to extract gold from the earth.

Mali’s gold reserves are thought to be worth about $3.5 billion. The country’s mining sector accounts for about 5% of its GDP and is the largest source of export revenue. Mali is also a member of the Organization of Petroleum Exporting Countries (OPEC).

The majority of Mali’s gold mines are located in the western part of the country, near the Senegal-Mali border. The largest gold mine in Mali is the Sadiola Gold Mine, which is operated by AngloGold Ashanti.

Mali is a relatively poor country, with a GDP per capita of just $1,190 in 2014. However, the country’s economy has been growing steadily in recent years, with GDP growth averaging 5.5% per year between 2010 and 2014.

The Malian government has been working to attract foreign investment in the mining sector in order to boost economic growth. In 2013, the government introduced a new mining code that offers tax breaks and other incentives to investors.

The country’s mining sector is also set to benefit from the planned construction of a new railway line that will connect Mali with Senegal. The railway will make it easier for miners to transport their gold to market.

Mali is a country with great potential for the future of gold mining. With its large reserves of gold and growing economy, Mali is poised to become one of the leading gold producers in Africa.

Zimbabwe’s gold reserves are the world’s 59th largest with 2.8 tonnes or about 92,400 ounces in 2009. The country has a history of gold production stretching back to the 13th century, and was once Africa’s most productive producers, accounting for nearly half of global output in 1980. However, production declined sharply in the 1990s owing to political instability and declining output from the country’s aging mines. The country is currently undergoing a process of economic reform, and gold production has begun to rise again in recent years.

In addition to its reserves, Zimbabwe also has significant deposits of coal, chromium ore, asbestos, copper, nickel, tin, and platinum group metals. The country’s mining sector is currently undergoing a period of reform and expansion, and is expected to contribute significantly to economic growth in the coming years.

The Zimbabwean government has recently introduced a number of policies and initiatives aimed at revitalizing the country’s mining sector. These include the development of a new Mining Act, the establishment of a Mining Investment Promotion Agency, and the launch of a $100 million mining investment fund. These initiatives are expected to attract significant foreign direct investment into the sector and contribute to the country’s economic growth.

The Best Wine And Cheese Pairings