How Television Is Shaping The Future Of Entrepreneurship 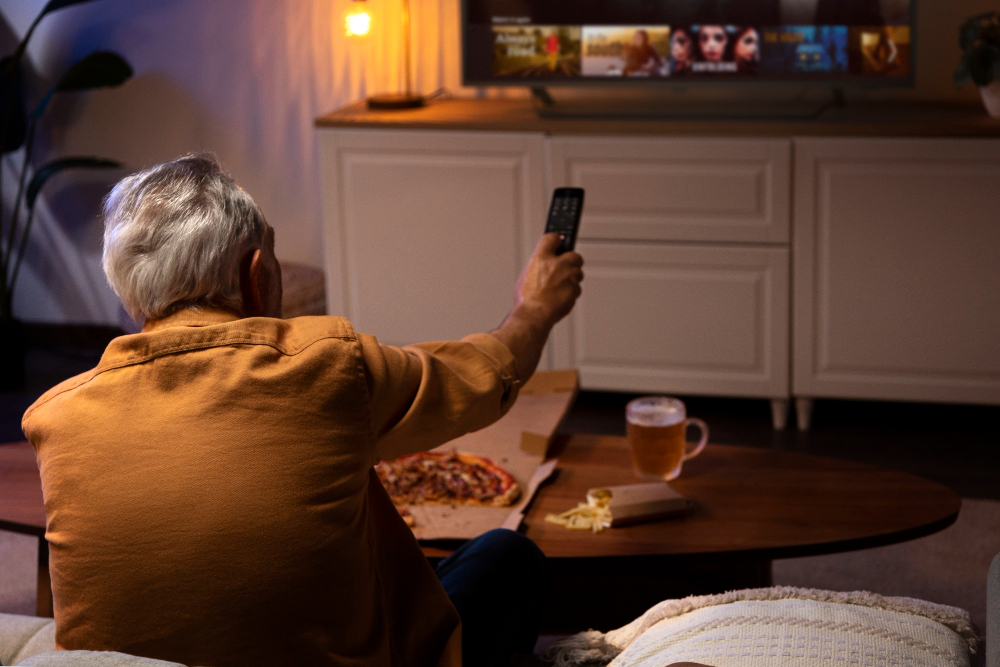 It’s no secret that television has taken over our lives. According to Nielsen, the average American watches more than five hours of TV a day. But what you may not know is that this seemingly idle pastime is actually shaping the future of entrepreneurship. Shows like Shark Tank and The Profit are teaching everyday people how to start their own businesses and turn their ideas into reality. So if you’re looking to start your own business, it might be worth turning on the tube for some inspiration.

How is television impacting the way entrepreneurs operate?

What effect does television have on aspiring entrepreneurs?

It is widely believed that television has a negative effect on aspiring entrepreneurs. This is because television often portrays entrepreneurs as greedy, selfish and ruthless people who are only interested in making money. This portrayal can discourage people from pursuing their entrepreneurial dreams.

However, there are also some positive aspects to television’s portrayal of entrepreneurship. For example, television can show that starting a business can be exciting and rewarding. It can also inspire people to take risks and pursue their dreams.

How does television coverage of entrepreneurship affect public perception?

To what extent do televised entrepreneurs set the tone for the industry?

While there is no denying that entrepreneurs who are featured on television have a certain level of influence, it is important to remember that they are not the only ones who set the tone for the industry. There are many other factors at play, such as the overall economic climate, government policies, and societal trends. That being said, televised entrepreneurs do have the ability to reach a large audience and can therefore play a role in shaping public opinion about entrepreneurship. In addition, they can serve as inspiration for people who are considering starting their own businesses.

We can look at some general trends to get an idea of whether or not these shows are reflective of real-world businesses.

One trend that we see is that many businesses featured on these shows are start-ups. This is likely because start-ups are more exciting and offer more drama than established businesses. However, in the real world, most businesses are not start-ups. In fact, according to the U.S. Small Business Administration, only about 20% of businesses are less than one year old.

How does reality TV affect the way people view entrepreneurship?

For better or for worse, reality TV tends to portray entrepreneurs as larger-than-life characters who are always seeking the next big opportunity. While this may be an accurate portrayal for some entrepreneurs, it is certainly not representative of the majority.

Still, the impact of reality TV on the public perception of entrepreneurship cannot be ignored. Whether it is The Apprentice or Shark Tank, reality TV shows have a way of making entrepreneurship seem glamorous and exciting. And while there is nothing wrong with that, it can create unrealistic expectations.

What is the impact of infomercials on entrepreneurs and their businesses?

Infomercials are a type of marketing that uses extended commercials to promote products or services. They are typically aired on television late at night or on weekends, when there are fewer viewers.

While infomercials can be effective in promoting products and services, they can also have a negative impact on entrepreneurs and their businesses. One of the biggest problems with infomercials is that they can be very expensive to produce and air. This can put a strain on small businesses, which may not have the budget to create and air an infomercial.

Another problem with infomercials is that they often make exaggerated claims about products or services. This can lead to disappointed customers and bad publicity for a business.

Are there any negative consequences of increased television coverage of entrepreneurship?

One potential negative consequence of increased television coverage of entrepreneurship is that it could lead to more people wanting to become entrepreneurs. This could be problematic if the majority of people are not suited for entrepreneurship or if there are not enough opportunities for everyone who wants to be an entrepreneur.

Another potential negative consequence of increased television coverage of entrepreneurship is that it could make entrepreneurship seem like an unrealistic option for many people. If all people see on television are stories of entrepreneurs who have become overnight successes, they may not realize that most entrepreneurs have to work hard for years before they see any real success. This could discourage people from starting their own businesses.

Finally, increased television coverage of entrepreneurship could lead to more people becoming obsessed with the idea of making money. While there is nothing wrong with wanting to be financially successful, if all people see on television is entrepreneurs making millions of dollars, they may start to view entrepreneurship as solely a way to make money. This could lead to people starting businesses for the wrong reasons and ultimately failing.

Yes, it is possible that watching too much entrepreneurial TV can be harmful to aspiring entrepreneurs. There are a couple of reasons why this could be the case.

Second, watching too much entrepreneurial TV can also give aspiring entrepreneurs unrealistic expectations. They may see people who have been very successful in business and think that they can achieve the same level of success. However, it is important to remember that most businesses fail. So, while it is possible to become successful as an entrepreneur, it is also important to realistic about the odds of success.

Is there such a thing as “entrepreneurial TV addiction,” and if so, what are the symptoms?

Symptoms of “entrepreneurial TV addiction” may include:

1. Feeling the need to watch business news or programs constantly in order to keep up with what’s going on in the world of business.

3. Feeling like you need to watch in order to learn something or gain an edge over others.

4. Becoming less productive in other areas of your life as a result of watching too much business TV.

5. Letting business news or programs take over your life to the point where it’s all you can think about.

If you find yourself exhibiting any of these symptoms, it may be time to cut back on your business TV viewing. Remember, too much of anything can be a bad thing – even if it’s something as seemingly innocuous as watching TV.

Television has always been a powerful medium for storytelling, and it’s no different when it comes to entrepreneurship. The stories of entrepreneurs who have succeeded against all odds are inspiring, and they can help motivate others to start their own businesses. In addition, television can be a great resource for learning about business concepts and strategies. By watching shows like Shark Tank or The Profit, entrepreneurs can gain valuable insights that can help them grow their businesses. So if you’re looking for some inspiration or want to learn more about entrepreneurship, tune in to your favorite TV show!