How Entrepreneurship Is Changing The Way We Watch Television 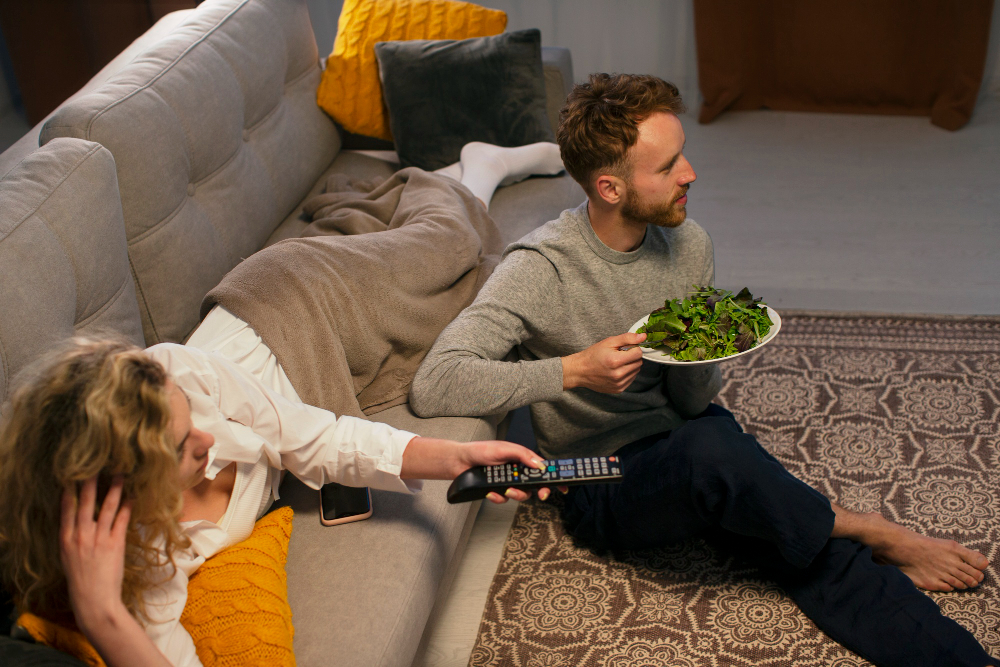 As an entrepreneur, you are always looking for new and innovative ways to shake up the status quo. And what could be more stale than television? But as it turns out, entrepreneurship is changing the way we watch TV. From new streaming services like Netflix and Hulu to “over-the-top” offerings from traditional networks, there has never been a more exciting time to be a fan of television. So if you’re looking for something to keep you occupied during these long summer days, check out some of the great programming that’s available now. You won’t be disappointed!

How has entrepreneurship changed the way we watch television?

In the past, if you wanted to watch your favorite TV show, you had to be in front of a television set at the time that it aired. This meant that you had to plan your schedule around your favorite shows, and if you missed an episode, you were out of luck.

Now, thanks to entrepreneurship, there are a number of different ways to watch TV. You can record shows on a DVR and watch them later, or stream them online. You can even buy episodes or seasons of shows on DVD or Blu-ray. This means that you can watch your favorite shows whenever you want, and you never have to miss an episode again.

In addition, entrepreneurship has also changed the way we interact with our favorite TV shows. In the past, if you wanted to share your thoughts on a show, you had to wait until it was over and hope that someone you knew would be watching it too. Now, thanks to social media, you can chat with other fans of your favorite show in real-time, no matter where they are in the world. You can also follow your favorite shows and stars on social media to get the latest news and updates.

How has the rise of streaming services like Netflix changed the way we watch television?

Before the advent of streaming services like Netflix, people typically watched television shows by tuning in to a specific channel at a specific time. This meant that viewers had to keep track of when their favorite shows were airing, and they would often have to wait a week or more between episodes.

With Netflix and similar services, viewers can instead watch entire seasons of shows all at once. This “binge-watching” phenomenon has changed the way many people watch television, and it has had some interesting impacts on our culture.

For one thing, binge-watching has made it possible for viewers to “catch up” on popular shows that they may have missed when they first aired. It also allows people to watch shows at their own pace, and to revisit favorite episodes as often as they like.

Interestingly, binge-watching may also be having an impact on the way that television shows are produced. Some experts believe that the rise of streaming services has led to a new era of “quality television,” in which writers and producers are able to take more risks and tell more complex stories.

How has the popularity of cord-cutting affected the way we watch television?

Instead, cord-cutters can watch television using a variety of different methods. One popular method is through the use of streaming services such as Netflix, Hulu, and Amazon Prime. These services allow people to watch a wide variety of TV shows and movies without having to pay for a cable or satellite subscription.

Another popular method of cord-cutting is through the use of an antenna. Antennas allow people to pick up over-the-air broadcasts of their favorite television shows. This is a great option for people who live in areas where there is a good over-the-air signal.

How has the growth of social media impacted the way we watch television?

This has changed the way we watch television, as we are now more engaged with the show than ever before. We are no longer just passively watching, but actively participating in the discussion surrounding the show. This has led to a more interactive and immersive experience that is often more enjoyable than simply watching the show by ourselves.

Not only has social media changed the way we watch television, but it has also changed the way television is made. Producers and writers now have to take into account the fact that viewers will be sharing their thoughts and feelings about the show online. This has led to a more serialized approach to storytelling, as well as a greater focus on creating social media-friendly content.

How have DVRs and other time-shifting technologies changed the way we watch television?

DVRs and other time-shifting technologies have changed the way we watch television by making it easier to control what we watch and when we watch it. With a DVR, we can record programs and then watch them at our convenience, pausing or rewinding as needed. This means that we no longer have to be tied to our television schedules, and we can watch our favorite programs whenever we want.

Other time-shifting technologies, such as video on demand (VOD) and streaming services, also allow us to watch content when we want. With VOD, we can choose from a library of movies and TV shows to watch at any time. And with streaming services like Netflix, Hulu, and Amazon Prime Video, we can watch shows and movies on our computers, tablets, or smartphones.

What impact has the rise of reality television had on the way we watch television?

How has the increased fragmentation of the television landscape affected the way we watch television?

One way is to look at how the viewing habits of Americans have changed in recent years. According to a report from Nielsen, the average American watched 5 hours and 4 minutes of live television per day in 2015. This was down from 5 hours and 9 minutes in 2010. At the same time, the amount of time spent watching time-shifted television (TV that is recorded and watched at a later time) increased from 1 hour and 17 minutes in 2010 to 1 hour and 33 minutes in 2015. This means that people are increasingly watching TV on their own schedules, rather than according to when programs air live.

Another way to look at the question is to consider how the proliferation of cable and satellite channels, as well as streaming services like Netflix, has made it easier for people to find content that they actually want to watch. In the past, if you wanted to watch a specific show, you had to make sure you were tuned into the right channel at the right time. Now, there are so many different ways to watch TV that it’s easy to find the show you want, when you want to watch it. This has made TV more convenient and enjoyable for viewers, but it has also fragmenting the audience for individual shows.

What role has the ever-expanding selection of channels and content on cable and satellite TV had on the way we watch television?

With so many options available, we are no longer limited to just a few channels. We can now choose from a wide variety of programming, including news, sports, movies, and more. This increased selection has made it possible for us to find programs that we enjoy and that meet our specific interests.

The abundance of choices can also be overwhelming, however. With so many options available, it can be difficult to decide what to watch. This is where channel surfing comes in handy. Channel surfing allows us to quickly scan through the available channels and see what is currently on. This can be a great way to find something interesting to watch, without having to commit to any one show.

In addition to the increased selection of channels and content, the way we watch television has also been affected by the rise of DVRs and other video recording devices. With these devices, we are no longer limited to watching television only when it is airing live. We can now record our favorite shows and watch them at our convenience. This has made it possible for us to create our own personal television schedules, which we can watch at any time that is convenient for us.

How have changes in advertising and marketing affected the way we watch television?

In the early days of television, commercials were relatively simple and straightforward. They typically consisted of a single product being advertised for a few seconds at a time, with little to no fanfare or production value. Over time, however, commercials became more and more elaborate, as companies began to realize the potential of television advertising.

Today, commercials are often big budget affairs, featuring celebrity endorsements, catchy jingles, and special effects. In many cases, they are now more entertaining than the shows they are interrupting. This is not necessarily a bad thing, as it can often make for a more enjoyable viewing experience. However, it does have its downside.

One of the biggest problems with today’s commercials is that they are often very intrusive. They can be loud, disruptive, and even annoying. This can lead to people changing the channel or simply muting the sound when they come on. In some cases, people have even been known to fast forward through them.

Another issue with modern advertising is that it is often targeted at specific demographics. This means that certain groups of people are bombarded with messages that are not really relevant to them. This can be frustrating and even insulting to some viewers.

What challenges and opportunities does the future hold for television in the age of entrepreneurship?

One of the biggest challenges facing television in the future is the rise of digital platforms such as Netflix and Amazon Prime. These platforms are eating into the traditional television audience, as more and more people are choosing to watch shows and movies on their laptops, tablets, and smartphones instead of on TV. This trend is only likely to continue in the years ahead, as the digital platforms continue to invest heavily in original content.

Another challenge for television is the fragmentation of the viewing audience. With so many different platforms and channels now available, it is difficult for any one show or channel to build a large and loyal following. This Fragmentation makes it difficult for advertisers to reach their target audiences, as they are spread out across a large number of different platforms.

Television is no longer a one-way street. With the advent of entrepreneurship in the television industry, viewers are now able to not only watch their favorite shows but also become a part of the production process. This has led to more creative and engaging programming, as well as a new level of interaction between viewers and their favorite TV stars. What do you think about this change in the television landscape? Are there any specific shows that you’ve seen lately that have blown your mind because of their innovative format or content? Let us know in the comments below!

The Basics Of Personal Finance: A Beginner’s Guide To Money Management

Lose Weight In 30 Days: How To Lose Weight Fast And Safely (16 Different Types Of Diet)