Guess Which Country Eats The Most Meat? The Results Might Surprise You! 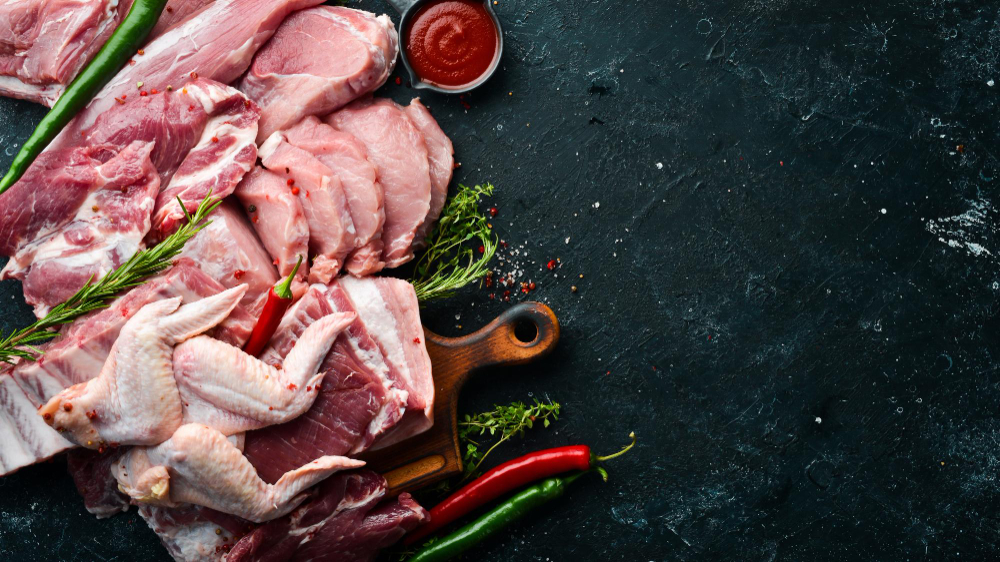 Do you like to eat meat? If so, you’re in good company, because the vast majority of people around the world enjoy a juicy steak or some crispy bacon. But which country eats the most meat? You might be surprised by the answer! Keep reading to find out more.

Which country consumes the most meat?

The United States of America consumes the most meat. This is according to data from the Food and Agriculture Organization of the United Nations. In 2016, American meat consumption was estimated at 222.2 pounds per person. This is significantly higher than the global average meat consumption, which was estimated at only 38.5 pounds per person in 2016.

Why do some countries consume more meat than others?

Some cultures have a strong preference for meat, while others do not. In general, wealthier countries tend to consume more meat than poorer countries. This is because meat is generally more expensive than other food items, and people in wealthier countries can afford to purchase it more often.

Finally, the availability of resources affects meat consumption. Countries with more land and access to grazing animals tend to consume more meat than those without these resources. This is because it is easier and less expensive to produce meat in these countries.

How does meat consumption impact a country’s economy?

It has been estimated that the world will consume more than 120 million tonnes of meat in 2030, up from 98 million tonnes in 2010 and 63 million tonnes in 1961 (1). This increase in demand is being fuelled by population growth and changes in diets, with developing countries now consuming more meat than ever before.

While this increased demand presents an opportunity for the meat industry to grow and prosper, it also has the potential to adversely impact a country’s economy. This is because meat production is a resource-intensive process, requiring large amounts of land, water and energy.

For example, it takes around 15000 litres of water to produce just 1kg of beef (2). This water is used for things like watering the animals, growing their feed and cleaning the facilities. In addition, beef production emits a considerable amount of greenhouse gases, with each kg of beef responsible for emitting around 30kg of CO2 (3).

The impact of meat consumption on the economy is not just limited to the resources required for production. There is also the issue of disposal. Meat products have a relatively short shelf-life, meaning that there is a lot of waste generated from meat that is not eaten. This waste ends up in landfill, where it emits methane, a powerful greenhouse gas.

The environmental impact of meat consumption is already being felt by some countries. For example, in Brazil, the world’s largest beef producing country, Amazon deforestation increased by 30% between August 2017 and July 2018 due to cattle ranching (4). This has led to the loss of important habitats and species, as well as contributing to climate change.

As the demand for meat continues to grow, it is crucial that measures are put in place to mitigate the impact on the economy. This could involve things like investing in more efficient production methods, encouraging waste reduction and increasing recycling rates.

The environmental impact of meat production and consumption.

The raising of livestock for meat production is a significant contributor to environmental degradation worldwide. The livestock sector is one of the largest sources of greenhouse gas emissions, responsible for an estimated 14.5% of global emissions in 2011 according to the Food and Agriculture Organization of the United Nations (FAO). It is also a major source of land and water degradation, and is responsible for 80% of the world’s deforestation.

The environmental impact of meat production and consumption is a complex issue, and there is no single solution to reducing its impact. Reducing meat consumption is one way to reduce the impact, as it would lead to less demand for meat and therefore less production. Improving livestock production practices is another way to reduce the impact, by making operations more efficient and less damaging to the environment.

The ethical implications of consuming meat.

Some people believe that eating meat is morally wrong, due to the suffering that animals endure in the process. Others argue that humans have been eating meat for centuries, and that it is a natural part of our diet. Still others believe that the ethics of meat consumption depend on the circumstances under which the animal was raised and killed.

Whichever side of the debate you fall on, it is important to consider the ethical implications of consuming meat. Animals raised for food often live in cramped and filthy conditions, and are subjected to painful procedures such as branding and castration. They are also typically killed inhumanely, often by being hung upside down and having their throats slit.

The suffering of animals is not the only ethical concern surrounding meat consumption. The production of meat also has a significant impact on the environment. Animal agriculture is a leading cause of deforestation, water pollution, and greenhouse gas emissions. It is also one of the leading drivers of species extinction.

The health implications of consuming meat.

How does religion impact meat consumption?

Some religions, such as Hinduism and Jainism, teach that all life is sacred and should be respected. For this reason, many Hindus and Jains are vegetarians or vegans. Other religions, such as Islam and Judaism, have dietary laws that regulate what kinds of meat can be eaten and how it must be prepared. Still other religions, such as Christianity, do not have strict rules about meat consumption but many Christians choose to avoid eating meat for personal or ethical reasons.

The impact of religion on meat consumption can be seen in different ways around the world. In India, for example, where Hinduism is the dominant religion, approximately 30% of the population is vegetarian. This is partially due to religious beliefs but also because of the high cost of meat and the availability of plant-based foods. In contrast, in Brazil, where Catholicism is the dominant religion, only about 5% of the population is vegetarian. This is likely because Catholic dietary laws are not as restrictive as those of other religions and meat is more affordable.

The cultural aspects of meat consumption.

In many cultures, meat is considered to be a key part of a nutritious diet. For example, in the United States and Canada, meat is often consumed as part of a meal that also includes vegetables and grains. Meat is also a popular food choice in other parts of the world, such as Europe, Australia, and New Zealand.

In some cultures, meat is considered to be a luxury item and is only eaten on special occasions. For example, in Chinese culture, pork is often reserved for holidays and weddings. In Muslim culture, halal meats are eaten according to religious guidelines.

The cultural aspects of meat consumption can vary greatly from one country to another. For example, in some cultures, meat is only eaten by men, while in others it is considered to be a food for all members of the family. In some cultures, meat is seen as a symbol of wealth and status, while in others it is simply seen as a delicious and nutritious food.

The politics of meat production and consumption.

The debate over the politics of meat production and consumption is unlikely to be resolved anytime soon. However, it is important to understand the different arguments that are being made on both sides of the issue. Only by doing so can we make informed decisions about our own personal meat consumption.

Those who argue that meat production is cruel and unsustainable typically point to the following three main arguments:

1. The cruelty argument: Meat production is inherently cruel, as animals are kept in cramped and unnatural conditions and are subjected to painful procedures such as castration, dehorning, and branding.

2. The environmental argument: Meat production is unsustainable, as it contributes to environmental degradation through deforestation, water pollution, and greenhouse gas emissions.

3. The health argument: Meat consumption is unhealthy, as it has been linked to various health problems such as heart disease, cancer, and obesity.

Those who argue that meat production is a necessary part of the global food system typically make the following three main arguments:

1. The food security argument: Meat production is necessary to ensure global food security, as it is a key source of protein and other nutrients.

2. The economic argument: Meat production is economically important, as it supports the livelihoods of millions of people around the world.

3. The cultural argument: Meat consumption is deeply ingrained in many cultures, and therefore restricting meat production would be culturally insensitive.

So, what have we learned? The United States eats the most meat by a large margin and this is unlikely to change any time soon. Beef consumption in particular is on the rise, while pork consumption appears to be waning. This has major implications for both public health and the environment. Hopefully, as more people become aware of these facts, they will begin to make more informed choices about the food they eat.

How To Decorate Your Home On A Budget