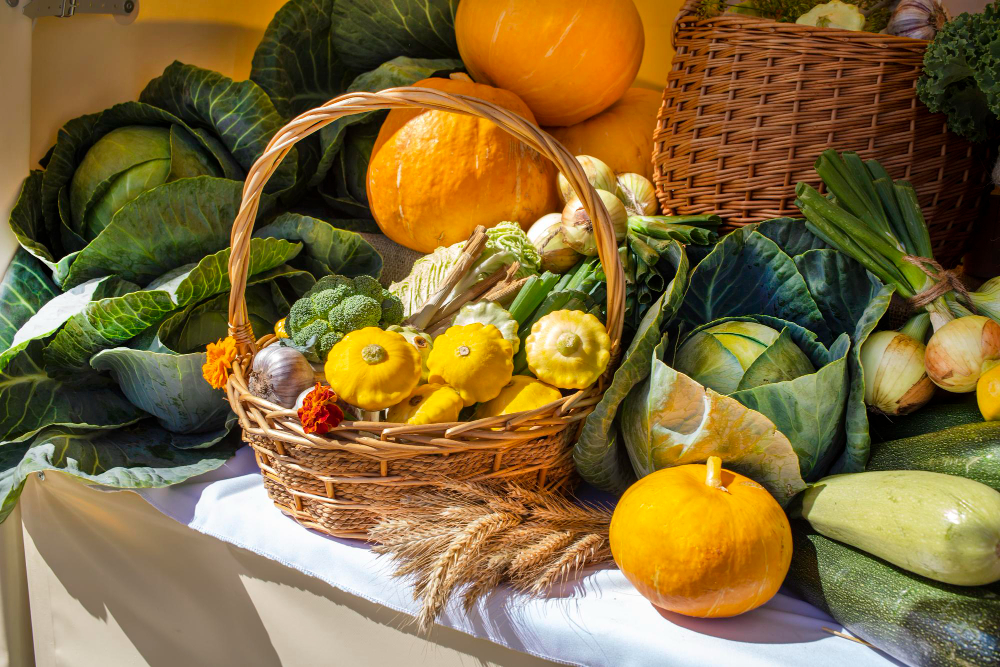 There’s no doubt that vegetables are good for you. They’re packed full of nutrients and they’re low in calories, which is great if you’re trying to eat healthy. But sometimes it can be a little bit boring to just eat a plate of steamed broccoli or carrots. If you’re looking for some inspiration, why not try one of the following global cuisines? These 10 cuisines all feature vegetables as the star of the show, and they all taste delicious!

If you’re looking for a hearty but healthy meal, try a vegetable-based soup or stew. Greek avgolemono soup and Italian minestrone are both packed with veggies and deliciousness. Or for something a little lighter, try a salad like Greek horiatiki or Italian insalata tricolore.

No matter what you’re in the mood for, there’s sure to be a Mediterranean vegetable dish that will hit the spot.

Thai cuisine places a strong emphasis on fresh, local ingredients, and a variety of vegetables are used in many popular dishes. From stir-fries to curries, vegetables play a starring role in much of Thai cuisine. In fact, it’s not uncommon to find dishes that are entirely vegetarian.

Common vegetables used in Thai cooking include eggplant, bamboo shoots, mushrooms, and green beans. Thai dishes often incorporate a variety of herbs and spices as well, such as lemongrass, ginger, and chili peppers. These flavors combine to create unique and tantalizing dishes that are beloved by many.

Vegetables are an important part of the Chinese diet, with the average Chinese person consuming around 50kg of vegetables per year. The most popular vegetables in China include cabbage, potatoes, tomatoes, carrots, green beans, and spinach.

While the Chinese diet does include meat, it is typically consumed in smaller quantities than in Western diets. This focus on vegetables is one of the reasons why the Chinese diet is often considered to be healthy.

Indian cuisine is rich in flavor and tradition, and features a variety of vegetables as the star of the show. Commonly used vegetables in Indian cooking include potatoes, tomatoes, onions, peas, and eggplant. Indian dishes are often spiced with a variety of aromatic spices, such as cumin, turmeric, ginger, and cardamom.

Ethiopian cuisine is one of the most unique and flavorful in the world. Vegetables are often the star of the show, with dishes like dirilta (spiced cabbage), tikil gomen (braised cabbage with carrots and potatoes), and yekik alicha (green beans in a turmeric-infused sauce) being some of the most popular. Other common vegetables used in Ethiopian cooking include tomatoes, onions, peppers, and okra. While meat is sometimes included in dishes, it is usually secondary to the vegetables. This makes Ethiopian cuisine a great option for those looking for vegetarian-friendly options.

One of the reasons why vegetables play such a big role in Korean cuisine is because of the country’s climate. Korea has four distinct seasons, and each season brings with it a different range of vegetables. This means that Koreans have access to a wide variety of fresh vegetables all year round.

Another reason why vegetables are so important in Korean cuisine is because they are believed to have many health benefits. Koreans believe that eating a diet that is rich in vegetables can help to improve one’s overall health and well-being.

Vegetables play a starring role in many Vietnamese dishes, whether they’re used as a filling for spring rolls or pho soup, or served as a side dish.

There are endless ways to enjoy vegetables in Vietnamese cuisine. One popular way is to make a salad, often called goi in Vietnamese. Common ingredients in a Vietnamese salad include lettuce, cucumber, bean sprouts, and mint. The salad is then dressed with a light, tangy dressing made from fish sauce, lime juice, and sugar.

Another popular way to enjoy vegetables in Vietnam is to stir-fry them. This is a quick and easy way to cook up a healthy meal. Common vegetables that are stir-fried in Vietnam include cabbage, broccoli, and carrots. The vegetables are cooked with a variety of aromatic spices and served with rice or noodles.

Japanese cuisine is all about celebrating the natural flavors of ingredients, and that includes vegetables. In fact, many traditional Japanese dishes feature vegetables as the star of the show.

Some popular vegetable-centric Japanese dishes include tempura (vegetables fried in a light batter), yakisoba (stir-fried noodles with vegetables), and miso soup (a soup made with fermented soybean paste and vegetables).

The Persian cuisine is well-known for its rich and flavorful dishes. The use of fresh vegetables is a key characteristic of this cuisine, with many recipes featuring them as the star ingredient. Commonly used vegetables in Persian dishes include eggplant, squash, tomatoes, potatoes, and spinach.

There are a variety of ways that these vegetables can be cooked and prepared, such as in stews, soups, salads, and side dishes. No matter how they are used, vegetables play a vital role in the Persian cuisine and are often what give these dishes their unique flavor. If you’re looking for a cuisine that celebrates vegetables, then Persian is definitely one to try.

Lebanese cuisine is known for its fresh, vibrant flavors and use of ample vegetables. Common vegetable dishes include tabbouleh (a parsley and bulgur salad), fattoush (a bread and vegetable salad), hummus (a chickpea and tahini dip), and baba ghanoush (an eggplant and tahini dip). Vegetables are also often used as fillings for sandwiches and wraps, and as side dishes alongside meat or poultry.

Lebanon has a long tradition of vegetarianism, dating back to the days of the early Christian monks who inhabited the region. Today, an estimated 10-15% of the population is vegetarian, making Lebanon one of the most vegetarian-friendly countries in the world. This is reflected in the many delicious and creative vegetarian dishes that are a staple of Lebanese cuisine.

If you’re looking for a way to get more vegetables into your diet, why not try one of the cuisines from around the world that make them the star of the show? There’s sure to be a cuisine that will appeal to your taste buds. And you don’t even have to leave home – many of these dishes can easily be made in your own kitchen. So what are you waiting for? Start exploring the delicious world of vegetable-centric global cuisine!

Books Can Provide A Sense Of Companionship And Connection