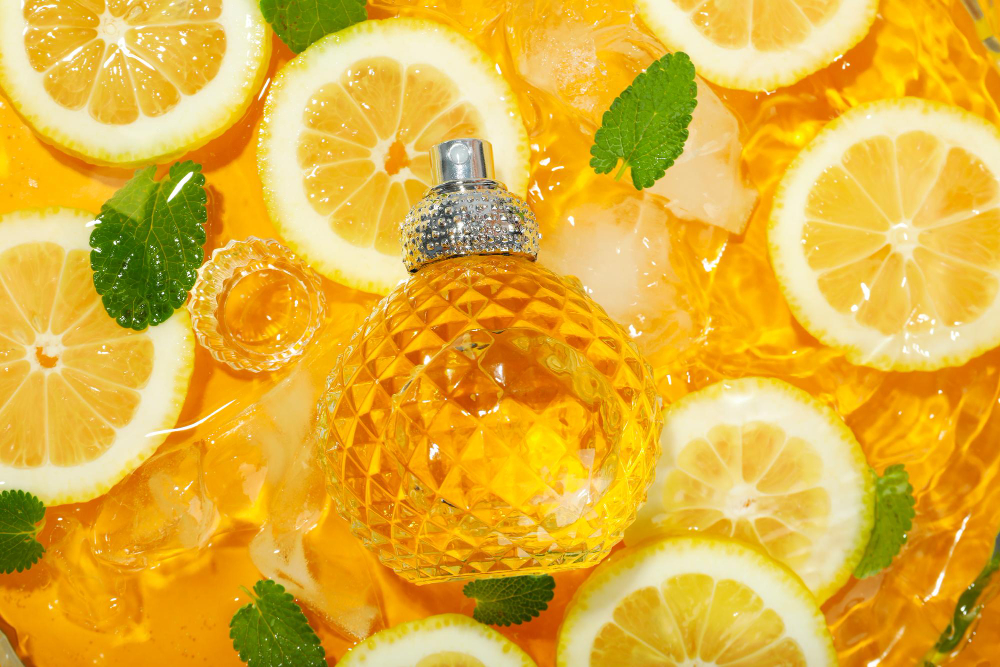 There’s something about wearing a fragrance that just makes you feel good. It’s like you’re carrying around a little bit of luxury with you wherever you go. And who doesn’t want to feel luxurious?

Plus, smelling good is just plain pleasant. It’s a way to make yourself and those around you happy. And what could be better than that?

When it comes to fragrance, people tend to either love it or hate it. But regardless of how you feel about smelling good, there’s one thing that can’t be denied: wearing fragrance can make you feel more confident.

There’s something about smelling good that just makes you feel better about yourself. It’s like an instant pick-me-up, and it can be a great confidence booster.

Research has shown that certain fragrances can actually help to boost your mood and improve your overall sense of well-being. So if you’re feeling down, reaching for a bottle of your favorite scent could be a simple way to help turn things around.

So how does it work? It all has to do with the power of scent. Our sense of smell is closely linked to our emotions and memories, which means that certain fragrances can trigger positive feelings and associations.

In one study, for example, participants were exposed to the scent of lavender oil before taking a math test. Compared to those who didn’t smell the lavender, the participants who did reported feeling more relaxed and less anxious.

And it’s not just lavender – other studies have found that exposure to the scents of rose, jasmine, and citrus can also have mood-boosting effects.

When we smell something pleasant, it can trigger the release of feel-good chemicals in the brain, like serotonin. This can help to improve our mood and reduce stress levels. Wearing a fragrance that you enjoy can therefore be a simple way to boost your wellbeing.

What’s more, research has shown that certain scents can also help to boost our cognitive performance. For example, the scent of rosemary has been found to improve memory and alertness.

There is something about wearing a fragrance that can make you feel more confident and attractive. It is like an invisible shield that makes you feel invincible.

It has been proven that wearing a fragrance can make you feel more attractive to the opposite sex. In one study, men who wore a scented cologne were rated as more attractive than those who did not wear any fragrance.

In another study, women who wore a perfume were rated as more attractive and more sexually desirable than those who did not wear any fragrance.

When we feel tired, our natural inclination is to reach for a cup of coffee. But what if there was another way to get a quick energy boost? Wearing fragrance might just be the answer.

A study published in the International Journal of Cosmetic Science found that when participants wore fragrance, they experienced an uptick in energy levels. The research suggests that fragrance can have an invigorating effect on the wearer, providing them with a much-needed energy boost.

A new study has found that people who wear fragrances tend to perform better on tasks that require concentration and focus. The research, published in the journal Psychological Science, suggests that the scent of a fragrance can help to boost cognitive performance.

Previous research has shown that certain scents can have a positive effect on mood and emotions. However, this is the first study to examine the impact of fragrance on cognitive performance.

This is according to a study done by the University of Freiburg. The study found that when people were exposed to a pleasant smelling fragrance, their stress levels were reduced. This is because the fragrance can stimulate the release of happy hormones in the brain, such as dopamine and serotonin.

The research, conducted by the University of South Wales in Australia, found that wearing a scent helped people fall asleep more quickly and improved their sleep quality overall.

The study looked at 40 participants, half of whom were instructed to wear a lavender-scented patch on their chest for two nights. The other half wore a placebo patch that didn’t contain any fragrance.

The study’s lead author, Dr. Bernhard Fink, said that the findings suggest that “wearing perfume or aftershave might have beneficial effects on health.” He added that the findings could have important implications for people who are immunocompromised, such as cancer patients.

It’s interesting to think about all of the reasons why people might wear fragrances. Whether it’s to feel more attractive, boost confidence, or simply enjoy the scent, there are many benefits to wearing perfume or cologne. What do you think is the biggest reason people wear fragrances?

Learn What Oils Are Good For Hair & How To Use Them

46 Breathtaking Beaches In Greece You Need To Visit