The Positive Effects Of Comic Books On Personal Success 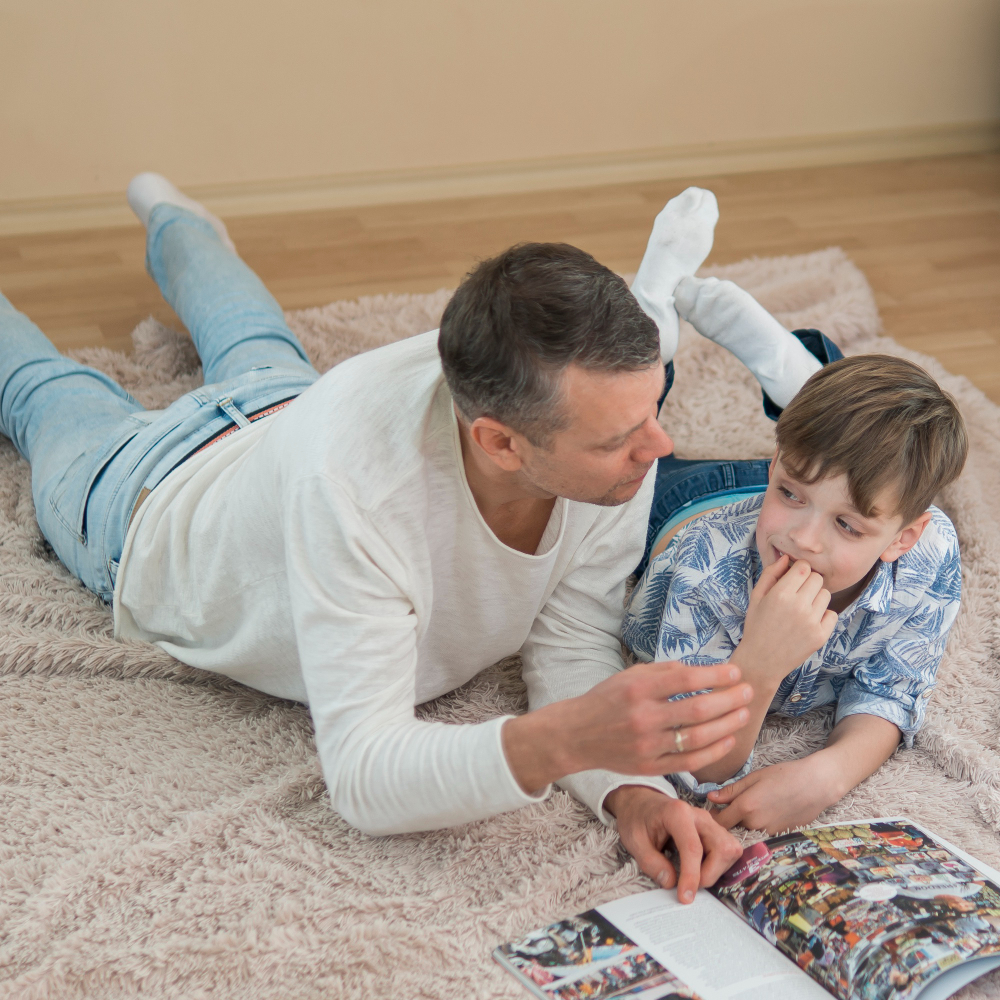 Do you love comic books? A lot of people do, and there are many reasons why. Some people enjoy the action and adventure, while others appreciate the artwork and storylines. Whatever your reasons may be, it’s clear that comic books can have a positive impact on your personal success. In this blog post, we’ll explore some of the ways in which comic books can help you achieve your goals. Stay tuned for more information!

The ability to transport readers to different worlds and inspire them to dream big.

By immersing themselves in the stories, readers can develop a better understanding of different cultures and ways of life. This can lead to a greater appreciation for diversity and a more tolerant outlook towards others. Additionally, comic books often feature protagonists who overcome great odds to achieve their goals. This can serve as a great source of inspiration for readers who are facing difficulties in their own lives. Seeing the characters triumph in the face of adversity can give readers the motivation to keep going and achieve their own personal successes.

How comic books can instill a love of reading in young people.

For one, comic books are often packed with action and adventure, which can be highly engaging for young readers. In addition, comic books often feature characters that young people can relate to and look up to, which can inspire them to read more. Finally, comic books can help young people to develop a love of reading by providing them with an enjoyable and entertaining reading experience.

The importance of positive role models in comics.

In a medium where we are regularly bombarded with images of violence, destruction, and misery, it is more important than ever to have positive role models to look up to.

Not only do positive role models provide us with someone to aspire to be like, but they also help us to see the world in a more positive light. When we are constantly exposed to negativity, it can be easy to start believing that the world is a dark and terrible place. Having positive role models helps to balance out this negative view and remind us that there is still good in the world.

There are plenty of great examples of positive role models in comics, but one of my personal favorites is Kamala Khan, the new Ms. Marvel. Kamala is a Pakistani-American teenager who is constantly striving to do good, both as a superhero and as a person. She is a great example of someone who is trying to make a difference in her community, and she serves as an inspiration to us all.

The power of storytelling in comics and how it can impact people’s lives.

One of the things that makes comics so special is their unique combination of words and pictures. This combination allows comics to convey both plot and emotion in a way that is often more effective than either words or pictures alone.

The power of storytelling in comics was put on display recently with the release of DC Comics’ “Batman: Death of the Family” storyline. This story, which saw the Joker return to Gotham City and terrorize Batman and his allies, resonated with many readers who could relate to the characters’ struggle against a seemingly insurmountable foe.

The power of storytelling in comics is something that should not be underestimated. Comics have the ability to reach people on a deep level and leave a lasting impression.

How comics can be used to teach valuable life lessons.

Comics can be used to teach a variety of life lessons, from the importance of teamwork to the value of perseverance. By their very nature, comics are designed to tell a story and engage the reader in a way that traditional books cannot. This makes them the perfect tool for teaching life lessons, as they can reach children and adults alike in a way that is both entertaining and educational.

One of the most important life lessons that comics can teach is the importance of teamwork. In any given comic book, the heroes are often seen working together to overcome obstacles and defeat villains. This teaches readers the importance of cooperation and working together towards a common goal. It also shows that alone, we are often powerless, but when we work together, we can accomplish great things.

Another important life lesson that comics can teach is the value of perseverance. In many comic books, the heroes are faced with seemingly insurmountable odds, but they continue to fight on regardless. This teaches readers that no matter how tough things get, it is important to never give up. It also shows that even the darkest of situations can be overcome with enough determination and willpower.

The importance of having strong female characters in comics.

Female characters in comics have long been subjected to stereotype and poor characterization. This is slowly starting to change, as more and more comic creators are beginning to realize the importance of having strong, well-rounded female characters in their stories.

One of the most important aspects of a strong female character is that she is capable of standing up for herself. She does not need to be constantly rescued by the male characters in the story, but is instead able to take care of herself and fight her own battles. This allows her to be a more active participant in the story, rather than simply being a damsel in distress.

Another important aspect of a strong female character is that she has her own goals and ambitions. She is not simply there to support the male characters in their quest, but is instead working towards her own objectives. This helps to create a more well-rounded and three-dimensional character, who feels like a real person rather than a one-dimensional stereotype.

The importance of having strong female characters in comics cannot be understated. As the medium continues to grow and evolve, it is essential that comic creators continue to create strong, three-dimensional female characters who can stand up for themselves and achieve their own goals. Only then will comics truly be able to reach their full potential.

The diversity represented in comic books and its importance.

Comic books have always been a medium that has celebrated diversity, whether it is in the characters that are featured or the creators who work on them. This diversity is one of the things that makes comic books so special and important.

There are a wide variety of characters from all different walks of life represented in comic books. These characters can be inspiring to people of all ages, and they help to show that anyone can be a hero. It is important for readers to see themselves represented in the stories that they read, and comic books do a great job of this.

In recent years, there has been an increased focus on diversifying the creators who work in comics as well. This is important, as it helps to ensure that a wide range of voices and perspectives are being represented in the medium.

How comics can help people deal with difficult personal issues.

For many people, comics are more than just entertainment. They can be a way to explore difficult personal issues and deal with them in a constructive way.

Comics can help us to process and make sense of our emotions, whether they be positive or negative. They can provide comfort and catharsis during tough times, and can even be a source of inspiration and hope.

Just as importantly, comics can help us to better understand ourselves and the world around us. They can open our eyes to new perspectives and provide new ways of looking at familiar problems.

The therapeutic value of reading comics.

There is something uniquely powerful about comics that make them an excellent tool for therapeutic purposes. Comics can help people process and understand their emotions, work through traumas, and develop new perspectives on difficult situations.

One of the key things that makes comics so therapeutic is that they offer a safe space to explore difficult topics. When we read comics, we can immerse ourselves in stories that deal with difficult topics in a way that feels safe and manageable. This can be incredibly helpful for people who might be struggling to process their own emotions or experiences.

Comics can also help us to develop new perspectives on difficult situations. Often, when we are dealing with challenging circumstances, it can be difficult to see things from another perspective. However, reading comics can help us to understand different points of view and gain empathy for others.

Finally, comics can also be a great way to boost our mood and self-esteem. When we read comics, we can escape into worlds that are fun and exciting. This can help us to forget our troubles for a little while and feel good about ourselves.

The overall positive impact comics can have on people’s lives.

one study found that young adults who read comics were more likely to report feeling empathy for others. The study also found that comics were especially effective at teaching empathy to people who might not otherwise be exposed to diverse perspectives.

Another study found that comics can be an effective way to learn new information. In the study, participants who read a comic about a complex scientific topic were better able to recall and understand the material than those who read a traditional text-based article on the same topic.

Finally, comics have also been shown to be helpful for people who are dealing with trauma. One study found that adults who read a comic book about a traumatic event were more likely to report feeling less distress and more hope than those who did not read the comic.

Comic books have been around for centuries and their popularity is only increasing. They provide a unique form of storytelling that can help people learn, grow, and connect with others in a positive way. If you’re looking for a way to boost your personal success, consider picking up a comic book or two. Who knows? It might just be the thing that takes your life to the next level.

How Do Crustaceans Help Maintain Water Quality In Ecosystems?