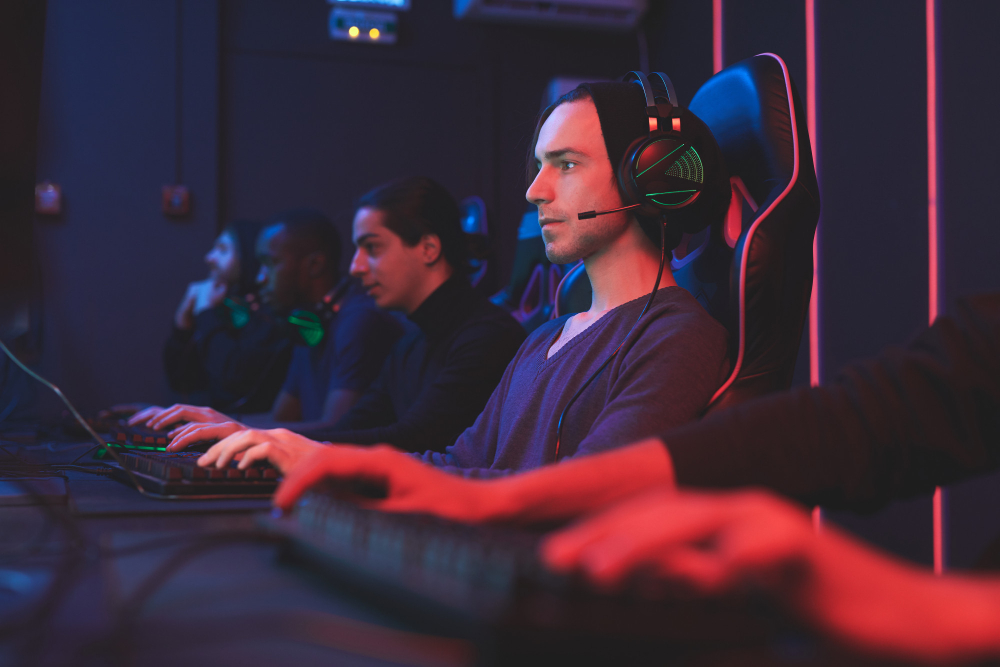 Have you ever played a video game and thought to yourself, “This is so realistic!”? If so, you can thank your five senses for that. Each of the five senses plays an important role in making video games seem realistic. In this blog post, we’ll take a closer look at how each sense works in video games and why they are so important. Are you ready to dive into the world of virtual reality? Then let’s go!

What are the five senses?

The five senses are sight, hearing, smell, taste, and touch. Each sense provides different information about the world around us.

Sight allows us to see objects in our environment. Hearing lets us hear sounds. Smell enables us to detect odors. Taste allows us to taste food and beverages. Touch allows us to feel textures and temperatures.

Each sense is important in its own way. For example, sight allows us to see danger coming, while hearing lets us hear a cry for help. Smell can warn us of danger, while taste can help us identify poisonous substances. Touch can help us detect changes in our environment, such as a hot surface or a rough texture.

How do they work in video games?

In video games, our senses work in a similar way to how they work in real life. We use our eyes to see what is happening on the screen, our ears to hear the game audio, and our hands to control the game characters.

However, there are some important differences between our senses in video games and in real life. For example, in real life, we can only see what is directly in front of us. In video games, we can often see much more of the game world because the camera is positioned differently. This allows us to spot enemies or objectives that we might miss if we were just relying on our real-life vision.

Similarly, our hearing in video games is often more sensitive than it is in real life. This is because game audio is designed to be noticed and dramatic. For example, we might hear a soft footstep behind us in a game, even though we wouldn’t necessarily hear that same footstep in real life. This can help us to react to danger more quickly.

Finally, our sense of touch is different in video games than it is in real life. In real life, we feel the physical sensation of touch when something comes into contact with our skin. However, in video games, we often don’t feel any physical sensation at all. Instead, we rely on visual and audio cues to tell us what is happening in the game world.

What is the impact of virtual reality on the five senses?

The most obvious way that virtual reality impacts our senses is through the visual element. VR headsets place images directly in front of our eyes, immersing us in a realistic three-dimensional environment. The sense of sight is also responsible for balance, so VR can also have an impact on our sense of touch and movement.

Auditory stimulation is another key element of virtual reality. By incorporating headphones or other sound-producing devices into the VR experience, developers can create an even more immersive environment. This can have a profound impact on how we process information and react to our surroundings.

Our sense of touch is also important in virtual reality. While visual and auditory elements are responsible for most of the immersion, haptic feedback systems can provide a sense of touch. This can include everything from simple vibrations to more complex systems that recreate the feeling of different textures.

The sense of smell is often overlooked in virtual reality, but it can have a significant impact on the immersion factor. By incorporating scent-producing devices into VR systems, developers can create lifelike environments that come complete with realistic smells. This can be a powerful way to transport users into different worlds.

The sense of taste is the least commonly used sense in virtual reality, but it has potential applications. One example is in the area of healthcare, where VR could be used to help patients manage pain by providing distraction from the real-world environment. Additionally, VR could be used to create realistic simulations of dangerous environments, such as chemical spills or fires, which would allow emergency responders to train more effectively.

Are there any benefits to using the five senses in video games?

Using the five senses can also help to make video games more challenging. For instance, if a puzzle requires the player to use their sense of smell to figure out the correct order of a series of ingredients, it will be much more difficult than if the player was just looking at a list.

How does this affect gameplay and immersion?

Visuals are obviously a very important part of any video game. Good visuals can help to create an immersive and believable world for the player to explore. Poor visuals can make a game feel less immersive and can even be a distraction.

Audio is another important sense when it comes to video games. Good audio can help to create an immersive and believable world, while also adding to the overall atmosphere of the game. Poor audio can make a game feel less immersive and can be a distraction.

Smell is a sense that is often overlooked when it comes to video games. However, smell can actually play a role in gameplay and immersion. If a game includes smells that are tied to the game world, this can help to create an immersive and believable world. Smells can also add to the overall atmosphere of the game. If a game does not include smells, this can make the game feel less immersive.

Taste is another sense that is often overlooked when it comes to video games. However, taste can actually play a role in gameplay and immersion. If a game includes tastes that are tied to the game world, this can help to create an immersive and believable world. Tastes can also add to the overall atmosphere of the game. If a game does not include tastes, this can make the game feel less immersive.

Sight is perhaps the most important sense when it comes to video games. We rely on our eyes to take in all the visual information that a game has to offer. The graphics of a game are what give us our first impression of it. If the graphics are poor, the game will likely not be very immersive.

Sound is also important in video games. It can help create an atmosphere and set the tone of a game. Music is often used in games to create an emotional response in the player. Sound effects can also help make a game feel more realistic. They can add to the immersion by making the game world feel more alive.

Touch is another sense that can be important in video games. If a game has good tactile feedback, it can make the experience more immersive. Games that make use of controllers with vibration feedback can add another layer of realism. This sense can also be important in virtual reality games, where players need to be able to interact with their environment.

What are the potential dangers of using the five senses in video games?

There is also the potential for sensory overload. If a game bombards the senses with too much information, it can be overwhelming and confusing. This can lead to frustration and even headaches.

Are there any ethical considerations to using the five senses in video games?

One of the key ethical considerations to using the five senses in video games is how this will affect the player’s immersion in the game. If the game is designed to be realistic, then using realistic sensory input can help create a more believable and immersive experience for the player. However, if the game is not realistic, or if it is designed to be abstract or surreal, then using realistic sensory input can break the player’s immersion and make the game less enjoyable.

Another ethical consideration is how the use of the five senses will affect the gameplay itself. If the player is constantly bombarded with sensory input, it can be overwhelming and distracting, making it difficult to focus on the game. On the other hand, if the player is not given enough sensory input, they may become bored or frustrated. Finding the right balance is crucial to designing an enjoyable and playable game.

What are the future implications of using the five senses in video games?

As developers continue to find ways to incorporate more realistic sensory experiences into their games, we can expect players to become even more deeply immersed in virtual worlds. This could lead to a new generation of gamers who are better able to empathize with characters and understand complex concepts.

5 senses games could also have major implications for education and training. By providing students with simulated environments that are realistic enough to engage all of their senses, we can create learning experiences that are far more effective than traditional methods. This could revolutionize the way we teach everything from history to science.

How can we use the five senses to improve our gaming experience?

Some games are designed to stimulate more than just our visual sense – they can also engage our other senses, including hearing, touch, smell and even taste. This can create a more immersive and realistic experience that can make the game more enjoyable. For example, many first-person shooter games use sound effects to create a sense of tension and suspense, while racing games often use realistic engine sounds to add to the excitement. In some arcade games, special effects like wind or water sprayers are used to add a physical element to the game.

Some games also make use of smell-based feedback systems. These can be used to create a variety of different smells, such as the scent of burning rubber in a racing game, or the smell of gunpowder in a first-person shooter. These smells can help to create a more immersive experience for the player.

Taste-based feedback is also possible, though it is not used as often as other senses. This could be used, for example, to simulate the taste of different foods or drinks in a game. This could add an element of realism to the game, and make it more enjoyable to play.

Our five senses are constantly working when we play video games. We may not be aware of all the ways they are being used, but developers certainly are. The next time you play a game, take a moment to appreciate how your senses are being engaged.

How To Deal With Haters When You Have Amazing Hair

Dating Someone Who Hates Your Music Taste? Here’s How To Deal