The Basics Of Economics: An Introduction To Micro And Macroeconomics 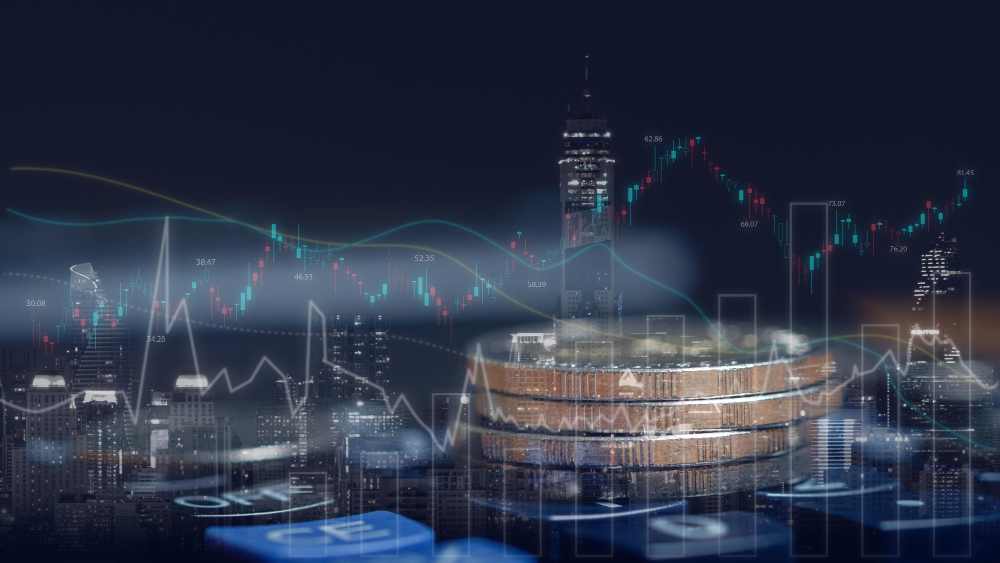 If you want to understand how the economy works, you need to know the basics of economics. This includes learning about micro and macroeconomics. Microeconomics looks at how individuals and businesses make decisions when it comes to spending and producing goods and services. Macroeconomics, on the other hand, looks at the entire economy and how different factors like unemployment and inflation impact it. By learning about both of these concepts, you’ll be able to better understand what’s happening in the global economy today.

The different schools of thought in economics and their key tenets.

There are a number of other schools of thought in economics that don’t neatly fit into either the microeconomic or macroeconomic categories. For example, the Keynesian school of thought, named after British economist John Maynard Keynes, advocates for a mix of both government intervention and market competition. The Austrian school of thought emphasizes the importance of individual freedom and the role of the market in creating economic growth. And the Chicago school of thought, named after the University of Chicago where it originated, advocates for a free market approach with limited government intervention.

At the microeconomic level, economists examine how individuals and firms make decisions and how these decisions interact in markets. They use this information to understand how the economy works and to develop policies that promote economic growth and stability.

At the macroeconomic level, economists focus on aggregate measures of economic activity, such as gross domestic product (GDP) and inflation. They use this information to identify trends in the economy and to develop policies that can help stabilize the economy.

The basic concepts of supply and demand and how they drive the market.

Supply and demand are perhaps the most basic principles of economics and it is important to understand how they work if you want to grasp how economies function. Essentially, supply and demand are what set prices in markets – when there is more demand for a good than there is supply, the price of the good will go up as people are willing to pay more for it. The opposite is also true – when there is more supply than there is demand, the price of the good will go down as people are not willing to pay as much for it.

The concept of marginal utility and how it affects economic decision-making.

Marginal utility is the satisfaction or usefulness that a person gets from a good or service. It is often used to explain economic decision-making, as people usually make choices based on what will give them the most utility (or satisfaction).

For example, imagine that you are trying to decide whether to buy a new TV or a new car. The TV might give you more utility (i.e. you would enjoy it more), but the car is more expensive and so it has higher marginal utility. This means that the extra utility you get from the car is greater than the extra utility you would get from the TV. As a result, you are likely to decide to buy the car.

In summary, marginal utility is a important concept in economics that helps to explain how people make decisions about what to buy and how much to buy. It is also relevant to other areas of life, such as choosing which activities to do in your free time.

The principle of opportunity cost and how it affects economic choices.

The law of diminishing returns and its impact on production decisions.

When making production decisions, businesses need to consider the law of diminishing returns. This law dictates that as more of a given input is used, the level of output will eventually begin to decrease. In other words, there is a point at which adding more of an input will not result in any additional output.

This concept is important for businesses to understand because it can help them make more efficient use of their resources. If a business is using more of an input than what is necessary to produce a desired level of output, then it is likely wasting resources. On the other hand, if a business is not using enough of an input, then it will not be able to reach its full production potential.

There are several factors that can affect the law of diminishing returns, including the type of input being used and the technology available. In some cases, the law may not apply at all. For example, if a business is using new or innovative technology, it may be able to continue increasing its output even as it uses more of an input.

The role of government in the economy and how various policies can affect economic activity.

The government plays a vital role in the economy. It provides the infrastructure and services that businesses need to function, and it creates the legal and regulatory framework within which businesses operate. Government spending can also stimulate economic activity by providing a boost to demand.

Various policies can affect economic activity. For example, tax policy can influence how much money businesses have available to invest, and regulatory policy can affect the costs of doing business. Monetary policy (the setting of interest rates by the central bank) can also influence economic activity, by affecting the cost of borrowing and the level of confidence in the economy.

Monetary policy is another important tool that governments use to influence the economy. The central bank (the Reserve Bank in Australia) sets interest rates, which can influence borrowing costs and confidence levels.

Both fiscal and monetary policy can be used to stimulate economic activity during periods of low demand, or to cool the economy when it is growing too quickly.

The concept of inflation and how it can impact the economy.

Inflation is a term used to describe the rate at which prices for goods and services rise over time. Inflation can have both positive and negative effects on an economy, depending on the level of inflation.

At low levels, inflation may actually stimulate economic growth by giving consumers more incentive to spend money rather than save it. However, high inflation can have the opposite effect, leading to higher interest rates and decreased spending.

Inflation can also lead to a decrease in the purchasing power of consumers. This happens when the prices of goods and services rise faster than the wages people earn. Over time, this can lead to a decline in the standard of living for people on fixed incomes, such as retirees.

Inflation can be caused by a number of different factors, including increases in the money supply, demand-pull inflation (when consumer demand outpaces the production of goods and services), and cost-push inflation (when the costs of production rise).

The role of money in the economy and how it can affect economic activity.

To start, money is not just paper bills and coins. Money also includes things like credit and debit cards, checks, and electronic transfers.

Money serves three main functions in an economy: it is a unit of account, a store of value, and a medium of exchange.

As a unit of account, money is used to measure the value of goods, services, and other economic transactions. This makes it easier to compare prices and make economic decisions.

As a store of value, money can be saved and used later to purchase goods and services. This function is important because it allows people to smooth out their consumption over time.

Finally, as a medium of exchange, money is used to buy and sell goods and services. This function is important because it makes economic transactions more efficient by eliminating the need to find someone who is willing to accept what you have to offer in exchange for what they have.

The impact of international trade on the domestic economy.

On the positive side, international trade can provide new markets for domestic goods and services, leading to increased sales and profits. This, in turn, can lead to more jobs and higher wages for workers in the export sector. On the negative side, however, international trade can also put domestic firms and workers at a competitive disadvantage if imports flood the market or if other countries subsidize their exports. This can lead to job losses, lower wages, and reduced economic growth. In order to maximize the positive effects and minimize the negative effects of international trade, it is important for government policy-makers to carefully consider the implications of their trade policies.

In recent years, the impact of international trade on the domestic economy has come under increased scrutiny. This is due in part to the large increase in global trade that has taken place over the past few decades, as well as to the growing number of countries that are involved in international trade. As a result, there is a greater understanding of the potential benefits and costs of international trade, and policy-makers are able to make more informed decisions about trade policy.

So, what is economics? Economics is the study of how people use and exchange goods and services to satisfy their needs and wants. It’s a social science that looks at the production, distribution, and consumption of goods and services. We hope this introduction to microeconomics and macroeconomics has been helpful. If you have any questions or want to learn more about these topics, be sure to check out our other blog posts or contact us for help!

How To Make Your Business Thrive By Using Comedy Clubs

Why Comedy Clubs Are The Best Places To Do Business

How Entrepreneurship Is Changing The Way We Watch Television

Home Storage: How To Organize Your Stuff For Maximum Efficiency

Add These Spices To Your Dishes For An International Twist!