Insects In Nature May Be The Key To Understanding Human Behavior! 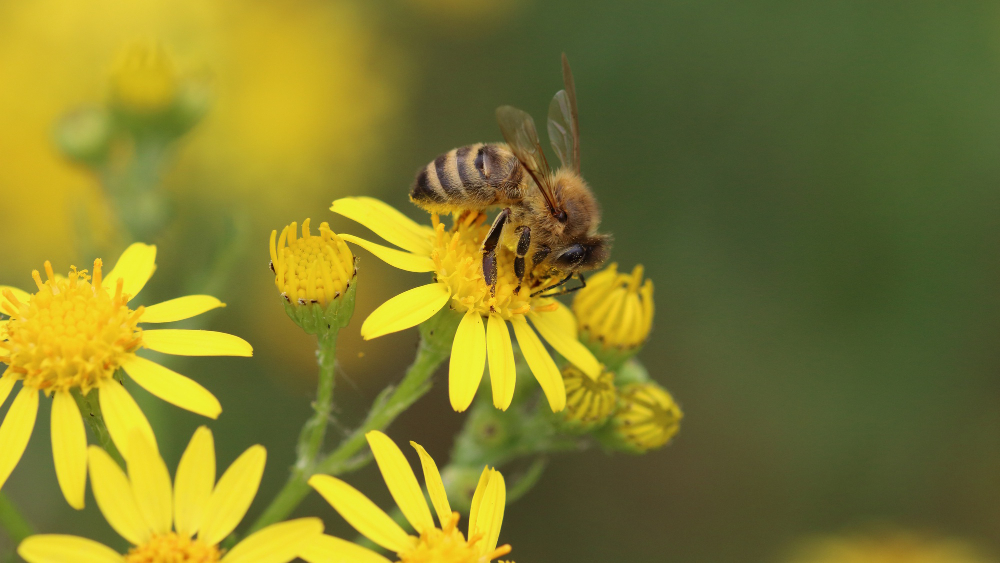 Have you ever stopped to think about how the insects in your backyard may be affecting your behavior? It turns out that theants, spiders, and otherbugs in nature may play a big role in human psychology! Researchers are just beginning to understand the connection between human behavior and insects, but it looks like these creatures may have a lot to teach us about ourselves. Stay tuned for more information on this fascinating topic!

How do insects play a role in the natural world?

Insects are some of the most diverse and abundant creatures on Earth. They play important roles in the food web as both predators and prey, and they are essential pollinators of many plants. Insects also help to break down dead plant and animal matter, recycling nutrients back into the ecosystem. Some insects even provide humans with valuable products like honey, silk, and shellac.

Though they are often seen as nuisances, insects are vital to the health of both natural ecosystems and human agricultural systems. Without them, many plants would go unpollinated and unable to reproduce, leading to drastic reductions in biodiversity. In agriculture, insects help to control crop-damaging pests by eating them, and they also pollinate many of the crops we rely on for food.

What can we learn about human behavior from studying insects?

Insect behavior is often dictated by instinct. This means that insects will behave in certain ways without having to learn or think about it. For example, many insects are hard-wired to return to their nests after foraging for food. This ensures that the insect colony can survive even if some members are lost.

Insects also provide us with examples of how learning and memory work. For instance, bees can learn the location of rewarding flowers and remember it for days or weeks. This type of learning is thought to be similar to the way humans form memories.

Insects can also teach us about the spread of disease. For example, studies of infected cockroaches have shown that they are more likely to spend time near other cockroaches that are not infected. This helps to spread the disease to more individuals and can teach us about how diseases like the flu can quickly spread through a population.

How do different species of insects interact with each other?

One example of a beneficial interaction is when two different species of insects work together to gather food. This is often seen in social insect colonies, where different types of bees will collaborate to collect nectar and pollen. The bees then share the food with the rest of the colony, ensuring that everyone has enough to eat.

Another beneficial interaction between different species of insects is when one insect helps to protect the other from predators. This is often seen in ants, which will form large colonies and work together to defend their nests. The ants will attack any predators that come near, often scaring them off before they can do any harm.

However, not all interactions between different species of insects are beneficial. Some can be harmful or even deadly. One example of this is when two species compete for the same resources. This can happen when two different types of insects are both trying to gather food from the same area. The insects will end up fighting each other, which can lead to injury or even death.

In some cases, different species of insects can also carry diseases that can be harmful to the other species. This can happen when one insect comes into contact with a disease-carrying vector, such as a mosquito. The insect can then transmit the disease to the other species, which can make them very sick or even kill them.

What impact do insects have on their ecosystem?

They provide many important services, including pollination, decomposition, and pest control. Without insects, ecosystems would struggle to function properly.

Insect pollination is responsible for the reproduction of many plant species. bees are the most well-known pollinators, but many other types of insects, such as butterflies, moths, and beetles, also play a role. Pollination results in the transfer of pollen from the male parts of a flower to the female parts. This process allows plants to produce seeds, which are necessary for their continued survival.

Insects are also important decomposers. They break down dead plants and animals, returning important nutrients back to the soil. This process is essential for the health of any ecosystem.

Finally, insects play an important role in pest control. Many species of insects feed on other pests, such as aphids and caterpillars. This helps to keep populations of these harmful creatures in check, preventing them from damaging crops or spreading diseases.

How does the study of insects help us to understand evolution?

What can we learn about communication from studying insects?

They use a variety of methods to communicate, including visual, auditory, olfactory, and tactile cues. By studying insect communication, we can learn about the importance of effective communication in both animals and humans.

Insect communication is essential for survival. It allows insects to coordinate their activities, find mates, avoid predators, and locate food.

Auditory communication is also important for some insects. Some insects, such as crickets, use sound to attract mates. Others use sound to warn conspecifics of danger.

Olfactory communication is used by many insects to find mates or locate food. For example, honeybees use pheromones to communicate the location of food sources to other bees.

Tactile communication is also used by some insects. For example, ants use touch to communicate with each other.

How do insects behave in different environments?

Insects are very adaptable creatures and can change their behavior to suit their environment. For example, they may be more active in warm environments and become more sluggish in cooler conditions. Some insects also change their color to match their surroundings, making them harder for predators to spot.

Insects can also be very sensitive to changes in their environment and will often react accordingly. For instance, if there is a sudden drop in temperature, they may start to hibernate or migrate to a warmer location. Similarly, if the climate becomes drier, they may burrow underground to avoid desiccation.

What is the social structure of insect colonies?

Insect colonies are typically organized into a caste system, with different groups of insects specializing in different tasks. For example, in a honeybee colony, there are three main types of bees: queen bees, worker bees, and drones. The queen bee is the only bee that can lay eggs, and her primary purpose is to mate and produce new colonies. Worker bees are responsible for tasks such as feeding the brood, constructing and maintaining the hive, and gathering nectar and pollen. Drones are male bees that do not have a specific job in the colony; their only purpose is to mate with new queen bees.

In other insect colonies, the caste system can be more complex. For example, in some ant species, there are worker ants, soldier ants, and reproductive (or “queen”) ants. The worker ants perform all the tasks necessary to keep the colony running, such as collecting food and building the nest. The soldier ants protect the colony from predators and other threats. The reproductive ants are responsible for producing new generations of ants.

The social structure of an insect colony is usually quite rigid, with each insect fulfilling a specific role. However, there is some flexibility in the system; for example, if a colony needs more soldiers, some of the worker ants may undergo a change into soldier ants. This flexibility allows insect colonies to adapt to changing conditions and ensure their survival.

What is the role of insects in the food chain?

Insects are also decomposers, which means they help break down dead plants and animals and return nutrients to the soil. This helps keep the environment healthy and provides food and shelter for other organisms.

Insects are an important food source for many animals, including birds, reptiles, amphibians, and fish. They are also a major food source for many people around the world. Insects contain a high amount of protein and fat, which makes them a nutritious and energy-rich food source. In some cultures, insects are considered a delicacy, and they are often eaten as a snack or used as an ingredient in dishes.

How do humans impact the populations of insects?

One way is through habitat destruction. This can occur when natural habitats are destroyed or altered by human activity, such as when forests are cleared for agriculture or development. This can lead to a decrease in the number of insects in an area, as well as a decrease in the variety of species present.

Another way humans can impact insect populations is through the use of pesticides and other chemicals. These substances can kill or harm insects, leading to a decline in their numbers. Additionally, some chemicals can persist in the environment and have long-term effects on insect populations, even after they are no longer being used.

Finally, climate change is also a major factor that can impact insect populations. As the Earth’s climate warms, it can lead to changes in temperature and precipitation patterns, which can make some habitats more or less suitable for certain insects. Additionally, rising temperatures can also lengthen the growing season, which could potentially increase the number of generations of insects in a given year.

So the next time you swat a fly, or squish a spider, remember that you’re helping scientists learn more about how human brains work. And who knows? Maybe one day we will be able to control our behavior as easily as we can now squash insects! Have you ever thought about how your own behavior is influenced by what you see around you? Leave us a comment below and let us know.

The Sixth Sense: How To Use Your Intuition To Win In Combat Sports

How Do Mollusks Help Keep Our Oceans Clean?

Do Animal-Related Sports Help Or Harm Our Furry Friends?