From Sourdough To Naan: A Comprehensive Guide To The Breads And Grains Of The World 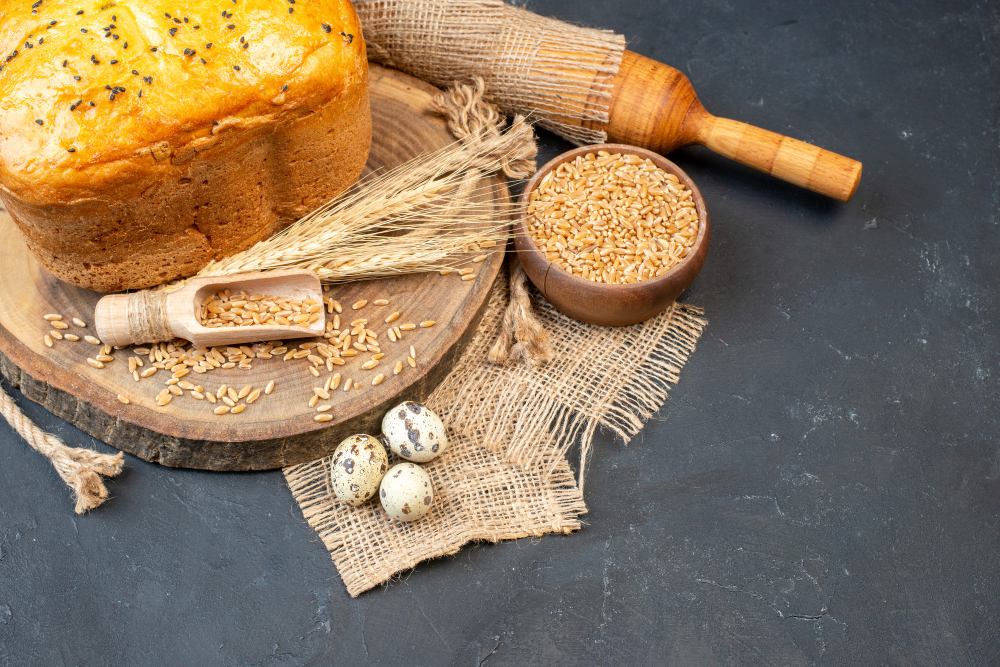 What is the best way to start your day? Some might say with a light jog or workout, while others might opt for a healthy breakfast. But for those who love bread, there is no better way to start the day than with some freshly baked goodness. From sourdough to naan, this comprehensive guide will teach you all about the different types of breads and grains found all over the world. So put on your apron and get ready to bake!

What are the different types of breads and grains around the world?

Some common ones include wheat, rye, barley, oats, and rice. Each type of grain has its own unique flavor and texture, making it perfect for a variety of recipes.

Wheat is the most common type of grain used in breadmaking. It is high in gluten, which gives bread its chewy texture. Rye bread is made with a lower gluten content, making it more dense and flavorful. Barley and oats are also used in breadmaking, but they are not as common as wheat or rye.

Rice is the most popular grain in Asia and is used in a variety of dishes. It has a slightly sweet flavor and is often used in sweet breads or cakes.

Bread is a staple food in many cultures around the world. It can be eaten alone or used as an ingredient in a variety of dishes. There are endless possibilities when it comes to recipes that include bread. Whether you prefer a simple loaf of bread or something more complex, there is a bread recipe out there for you.

How do these breads and grains differ in taste and texture?

Bread and grains can differ in taste and texture depending on their type. For example, wheat bread is generally denser than white bread, while rye bread has a more robust flavor. Some grains, such as oats and barley, are also used in breakfast cereals and other food products.

When it comes to texture, breads and grains can vary from being soft and fluffy to hard and chewy. The type of grain used in a particular recipe will often dictate the final texture of the finished product. For instance, breads made with whole wheat flour tend to be more dense than those made with white flour.

How are they used in various cuisines?

What are the nutritional benefits of breads and grains?

Whole grains are a good source of fiber, vitamins, and minerals. They can help you feel full and may help to lower cholesterol levels. Breads and other grain products are also a good source of carbohydrates, which your body needs for energy. Choose whole-grain breads and cereals, rather than those made with white flour. When shopping for bread, look for the word “whole” on the label.

In addition to being a good source of nutrients, whole grains may also help reduce the risk of heart disease and type 2 diabetes. One way they may do this is by improving blood sugar control. Whole grains can also help maintain a healthy weight.

Are there any health concerns associated with eating breads and grains?

Some of these include:

How long have humans been eating breads and grains?

The first breads were probably cooked in ancient ovens similar to those used today. The dough was made from a variety of grains, including wheat, barley, rye, and oats. It is not known when or where the first bread was made, but it is believed that it originated in the Middle East.

Breads and grains have been a staple of the human diet for thousands of years. In fact, they are one of the oldest foods consumed by humans. The first evidence of grain consumption dates back to around 10,000 BC in the Fertile Crescent, which is an area that includes parts of modern-day Turkey, Syria, Iraq, and Iran.

During the Neolithic period (around 9,000 BC), the use of fire and stone tools allowed for the development of new ways to process grains. This led to the domestication of plants, such as wheat and barley, which were then grown for food.

The production of bread became widespread during the Bronze Age (around 4,000 BC). At this time, the dough was often mixed with other ingredients, such as milk, honey, and fruit. It was also during the Bronze Age that leavened bread, or bread that is made with a rising agent such as yeast, was first developed.

Bread has been a staple of the human diet for thousands of years and continues to be one of the most popular foods consumed today.

What role do breads and grains play in various cultures?

In some cultures, bread is seen as a symbol of life and fertility. It is often used in ceremonies to welcome new life, such as a baby’s birth or a couple’s wedding. Bread is also often given as a gift to guests or as a way to show hospitality.

In other cultures, grains are seen as a symbol of abundance and prosperity. They are often used in religious rituals and festivals to celebrate the harvest or to thank the gods for a good crop. Grains are also often used as a currency, either as a way to buy goods and services or as a way to pay taxes.

How are breads and grains prepared?

Breads and grains are typically prepared by combining flour, water, and other ingredients, and then kneading the dough, shaping it, and baking it. Some breads may also require fermentation, which is a process of allowing the dough to rise before baking. Other common preparations methods for breads and grains include steaming, boiling, and roasting.

What are some popular recipes that use breads and grains?

Are there any unusual or interesting facts about breads and grains?

Yes! For example, did you know that:

So, there you have it – a comprehensive guide to the breads and grains of the world. With this knowledge in hand, you can now go forth and explore all the different types of breads and grains available to you. Be sure to try out some of the recipes we’ve shared, and experiment with different combinations to create your own personal favorites. And who knows? You may just find yourself becoming a bit of a bread expert yourself!