Do Animal-Related Sports Help Or Harm Our Furry Friends? 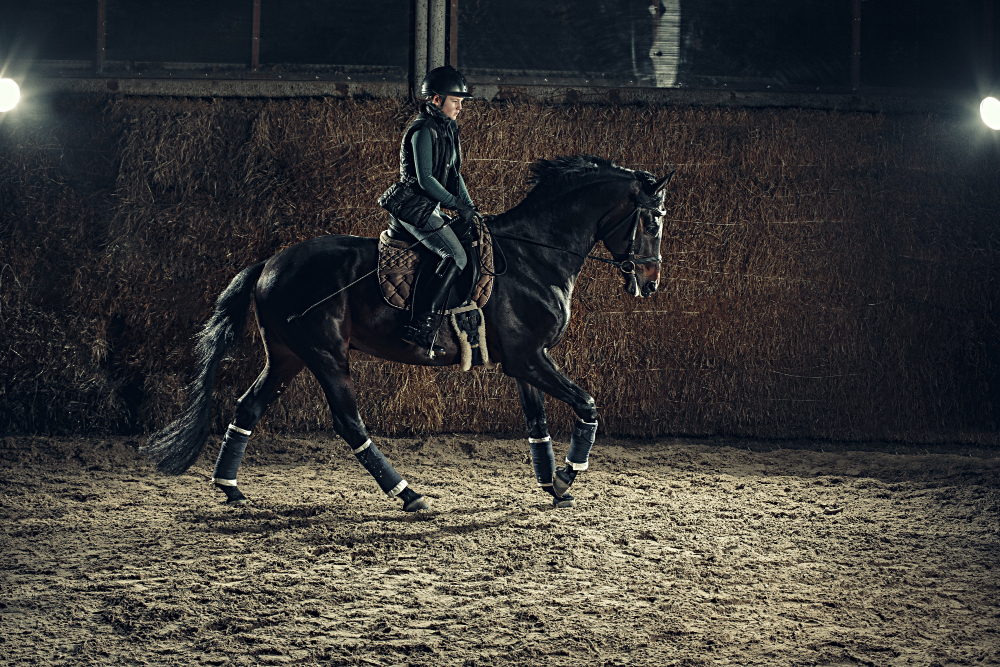 Do you enjoy participating in sports that involve animals? Whether it’s riding horses, playing polo, or swimming with dolphins, many people think that the experience is enjoyable and beneficial for both themselves and the animals involved. But what are the real effects of these activities on our furry friends? Is there potential for harm, or are the benefits too great to ignore? In this blog post, we’ll take a closer look at some of the most popular animal-related sports to see how they really affect the animals involved.

Do animal-related sports help or harm our furry friends?

Some people argue that animal-related sports are cruel and cause undue harm to the animals involved. Others argue that these sports can provide valuable exercise and training for the animals, and can be fun and beneficial for both the animals and their owners.

Some of the most common animal-related sports include dog racing, horse racing, and bull riding. These sports can be controversial, as there have been cases of animals being injured or even killed during competition. Animal rights advocates argue that these sports are cruel and inhumane, and that the animals involved suffer both physically and mentally.

Supporters of animal-related sports argue that the vast majority of animals involved in these activities are well-cared for and not mistreated. They argue that these sports can provide valuable exercise and training for the animals, and can be fun and beneficial for both the animals and their owners.

The pros and cons of using animals in sports

What are the pros of using animals in sports?

One of the main arguments in favor of using animals in sports is that they have been doing it for centuries. Animals have been used in sports such as horse racing, bull fighting, and dog fighting for hundreds, if not thousands, of years. This tradition is often seen as an important part of the history and culture of many countries.

Another argument in favor of using animals in sports is that they provide an important source of entertainment. Many people enjoy watching animals compete, whether it be in a race or in a more violent sport such as bullfighting. Animal sports can also be used to raise money for charitable causes.

Finally, some people argue that animals should be used in sports because they provide a fair and unbiased competition. Unlike humans, animals cannot be influenced by factors such as money, fame, or politics. This can make for a more pure form of competition.

What are the cons of using animals in sports?

Opponents of using animals in sports argue that they are often mistreated and forced to perform in ways that are unnatural and stressful for them. In some cases, animals are drugged in order to make them more aggressive or to increase their endurance. They may also be confined to small spaces and not given enough food or water.

Another argument against using animals in sports is that they often suffer from serious injuries. For example, horses often break their legs during races, and bulls are frequently injured or killed in bullfights.

Finally, some people argue that using animals in sports is simply cruel and unnecessary. Animals should not be subjected to the stress and mistreatment that is often associated with sports. There are many other ways to entertain people and raise money for charitable causes without involving animals.

How does the training of animals for sports impact their welfare?

There is a growing body of evidence that suggests that the training of animals for sports can have a negative impact on their welfare. Studies have shown that animals who are trained for sports are more likely to suffer from physical and psychological problems than those who are not.

There is also evidence to suggest that the training of animals for sports often takes place in environments that are not conducive to their welfare. For example, animals may be kept in small enclosures, or they may be forced to perform repetitive and unnatural behaviours.

It is clear that the training of animals for sports can have a negative impact on their welfare. However, it is important to note that not all sports are created equal. Some, such as racing, are more likely to cause problems than others. It is also important to remember that not all animals who are trained for sports will suffer from welfare problems. Some will thrive in their environment and enjoy the challenge of their training.

Are there any benefits to animal-related sports for the animals involved?

One of the main benefits of animal sports is that they can help improve the animal’s physical condition. Many animals who participate in sports are required to maintain a high level of physical fitness, which can help them stay healthy and fit. In addition, animal sports can also help improve an animal’s coordination and balance.

Another benefit of animal sports is that they can help increase the animal’s mental stimulation. Many animal sports require the animal to use problem-solving skills in order to complete the task at hand. This can help keep the animal’s mind active and engaged, which can help prevent boredom and improve its overall mental well-being.

Finally, participating in animal sports can also provide socialization opportunities for the animal. In many cases, animals who participate in sports are exposed to a variety of other animals and people, which can help them learn how to interact with others. This exposure can also help the animal become more comfortable around humans, which can be beneficial if the animal ever needs to be rehomed or adopted.

The ethical implications of animal-related sports

Animal sports have been a controversial topic for many years, with people debating the ethics of using animals for entertainment. Some argue that animal sports are cruel and exploitative, while others maintain that they can be humane and provide valuable training and exercise for the animals involved.

There are a variety of animal-related sports, including horse racing, greyhound racing, bullfighting, and rodeos. Each of these sports has different levels of animal welfare concerns associated with it. For example, horse racing generally has better conditions for the animals involved than bullfighting.

The main ethical concern with animal sports is whether or not the animals are being treated humanely. Animals in sports are often put in intense training regimes and may be subject to physical abuse. They may also be kept in cramped and uncomfortable conditions.

Another ethical concern is whether or not the animals are being forced to participate in the sport. In some cases, animals may be drugged or starved in order to make them perform better. This can cause them a great deal of physical and psychological distress.

The potential for animal abuse in sports that involve animals

While there are many different sports that involve animals, some of them have a higher potential for animal abuse than others. This is often due to the fact that the animals involved are either forced to perform in ways that are unnatural or uncomfortable for them, or they are not given proper care and attention.

For example, horse racing is a sport that commonly involves animal abuse. Horses are often forced to run at high speeds, and they are often not given proper care or attention. This can lead to injuries, and even death, for the horses involved.

Similarly, greyhound racing is another sport that has a high potential for animal abuse. Dogs are often kept in small cages, and they are forced to run at high speeds. This can lead to injuries, and even death, for the dogs involved.

Animal abuse is also common in rodeos. Animals, such as bulls and horses, are often mistreated in order to make them more likely to perform well in the rodeo. This can include things like electric shocks, or being hit with a whip.

Are there alternatives to using animals in sports?

Yes, there are several alternatives to using animals in sports. These include mechanical devices, such as robots or simulator machines, as well as computer-generated images or graphics. Additionally, some athletes compete against each other in digital or virtual environments. Finally, new animal-free sports are being created all the time, such as drone racing.

The public’s opinion on animal-related sports

There is no denying that some animal sports can be brutal. Bullfighting, for example, is a blood sport in which bulls are often killed in front of a cheering crowd. Greyhound racing is another controversial sport, as many dogs are injured or killed in the course of racing.

However, not all animal sports are so harmful. Some, like horse racing, can be relatively safe if the animals are well-cared for and the races are run under proper conditions. Other sports, like dog sledding, can be fun and exciting for both the participants and the spectators.

The public’s opinion on animal sports is complex. Some people see them as cruel and exploitative, while others find them exciting and enjoyable.

How do animal rights activists feel about animal-related sports?

Animal rights activists tend to be critical of animal-related sports, arguing that the animals involved are often mistreated and forced to perform in ways that are unnatural and harmful. They also argue that animal sports often encourage spectators to view animals as objects for entertainment, rather than as sentient beings deserving of respect and compassion. Some animal rights activists also argue that animal sports are cruel and exploitative, and that they should be banned altogether.

Should the use of animals in sports be regulated?

Animal rights activists have long argued that the use of animals in sports is cruel and unnecessary. They point to the often dangerous and abusive conditions under which these animals are forced to perform, as well as the high rate of injury and death that occurs among them.

Critics of animal sports argue that the regulations governing these activities are inadequate and that more needs to be done to protect the welfare of the animals involved. They also argue that the use of animals in sports is an outdated practice that should be stopped.

Whether or not the use of animals in sports should be regulated is a controversial issue. There are valid arguments on both sides of the debate, and it ultimately comes down to a matter of personal opinion.

So, what’s the verdict? Do animal-related sports help or harm our furry friends? The answer is a little bit of both. While some activities may be beneficial for animals—such as providing them with food and shelter—others can actually do quite a bit of damage. It’s important to be aware of the risks associated with these types of sports and to take measures to protect animals whenever possible. Are there other ways you think we could help animals without putting them in danger? Let us know in the comments!

What The Language Of Flowers Says About You

The Meaning Of Flowers: A Comprehensive Guide