From Ice Cream To Frozen Pizza: A History Of Our Favorite Frozen Foods!  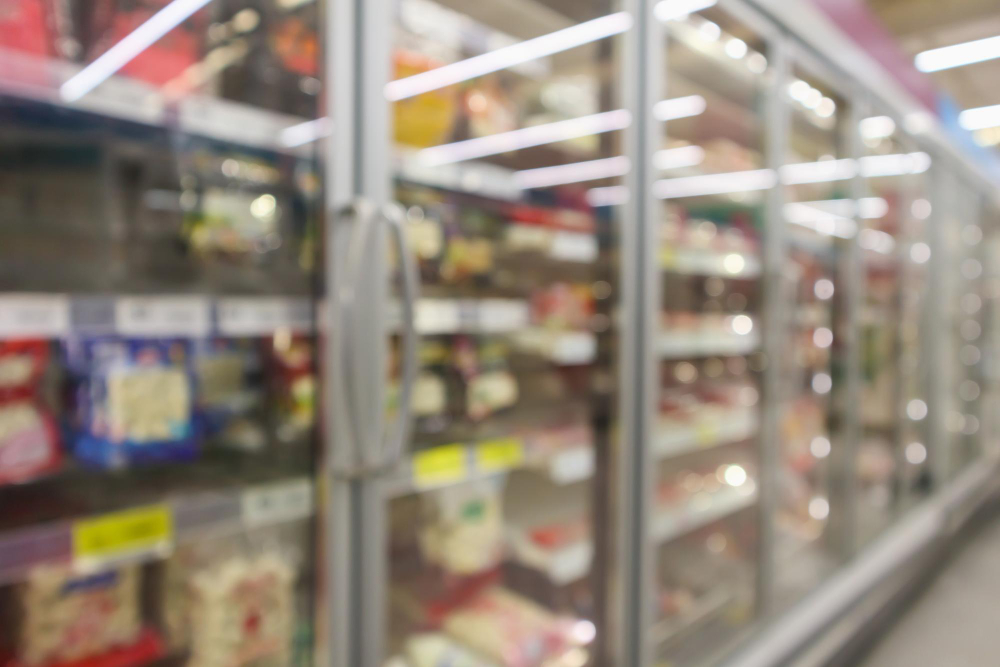 Frozen food has come a long way since the days of ice cream. Today, we have an endless variety of frozen foods to choose from, including pizza, chicken nuggets, burritos, and more. But how did we get to this point? Let’s take a look at the history of our favorite frozen foods!

What are the most popular frozen foods?

Frozen pizzas, chicken nuggets and ice cream are among the most popular frozen foods in the United States. More than 90 percent of American households purchase frozen foods regularly, according to the National Frozen & Refrigerated Foods Association.

Frozen pizza is the top seller in the $4.6 billion frozen ready-to-eat meals category, according to market research firm IRI. Pizza sales grew by 2 percent in 2017, led by DiGiorno and Tombstone.

Chicken nuggets are the top selling frozen food in the $26.5 billion frozen entrees category, according to IRI. Sales of chicken nuggets grew by 4 percent in 2017, driven by brands such as Tyson and Perdue.

Ice cream is the top selling frozen food in the $5.1 billion frozen desserts category, according to IRI. Sales of ice cream grew by 1 percent in 2017, led by brands such as Halo Top and Ben & Jerry’s.

How did frozen foods get their start?

The origins of frozen food can be traced back to the early 1800s, when Americans began experimenting with ways to preserve food for long-term storage. The first successful method was developed by a French engineer named Nicholas Appert, who discovered that food could be preserved by sealing it in airtight containers and then submerging it in boiling water. This process, known as canning, became popular in the United States during the Civil War, when it was used to preserve food for the Union Army.

In 1873, another French engineer, Eugène Gaulin, invented a machine that could flash-freeze foods. This process involved cooling food so quickly that ice crystals did not have time to form, which prevented the food from drying out or becoming freezer-burned. Gaulin’s machine was initially used to preserve ice cream and other desserts, but it was later adapted for use with meat and vegetables.

The first commercial freezing plant in the United States was built in 1918 by Clarence Birdseye, who had observed the Inuit people of northern Canada using a similar method to preserve fish. Birdseye’s company, General Seafoods Corporation, began selling frozen foods in 1922.

Frozen food became popular in the United States during the Great Depression, when it was seen as a cheaper and more convenient alternative to fresh food. It also gained popularity during World War II, when rationing made fresh food difficult to obtain. By the 1950s, frozen food was a staple in many American households.

Today, frozen food is a $60 billion industry in the United States. It is produced by large corporations such as ConAgra, Tyson Foods, and Nestlé, as well as smaller companies and individual farmers. Frozen food is sold in supermarkets, convenience stores, and online. It is also a popular choice for food service businesses such as restaurants and school cafeterias.

Frozen food has come a long way since its humble beginnings in the early 1800s. Thanks to advances in technology, it is now possible to preserve food for long periods of time without sacrificing taste or nutrition. Frozen food is a convenient and affordable option for many consumers, and it is likely to continue to be a popular choice in the years to come.

What are some interesting facts about frozen foods?

Frozen foods are a convenient and easy way to get the nutrients your body needs. They can be stored in your freezer for months, so you always have them on hand when you need them. And, they’re easy to prepare – just pop them in the microwave or oven and you’re good to go.

Frozen foods are also a great way to get your daily dose of fruits and vegetables. Most frozen fruits and vegetables are flash-frozen at the peak of ripeness, so they’re packed with nutrients. And, since they’re already cut up and ready to eat, you can easily add them to your favorite recipes.

What are the health benefits of frozen foods?

Frozen foods can be just as nutritious as fresh foods, and they may even have some health benefits. For example, frozen fruits and vegetables may be more nutrient-dense than fresh produce that has been sitting out for a while. Frozen foods can also be a good option for people with food allergies or sensitivities, as they are less likely to contain spoilage bacteria or chemicals that can trigger reactions.

One medium apple, banana, or orange

One cup of raw, leafy greens

One-half cup of cooked or canned fruits or vegetables

Frozen foods can be part of a healthy diet, but it’s important to choose items that are low in sodium and sugar. When shopping for frozen foods, look for items that are labeled “low sodium” or “no sugar added.”

What are the environmental benefits of frozen foods?

They allow us to reduce food waste, save energy in transportation and storage, and reduce our reliance on pesticides and other harmful chemicals.

Frozen foods are often fresher than fresh foods, because they are picked at the peak of ripeness and then immediately frozen. This means that they retain more of their nutrients and flavor, and require less energy to transport and store.

Frozen foods also allow us to reduce food waste. When we buy fresh foods, they often go bad before we have a chance to eat them. But frozen foods stay fresh for months, so we can enjoy them anytime.

Are there any disadvantages to eating frozen foods?

The main disadvantage of eating frozen foods is that they can be high in sodium. Sodium is a mineral that helps to regulate blood pressure and fluid levels in the body. Too much sodium can lead to high blood pressure, which is a major risk factor for heart disease and stroke. Frozen foods can also be high in calories and saturated fat, which can contribute to weight gain and other health problems. Additionally, some frozen foods may contain harmful chemicals, such as preservatives and artificial colors. These chemicals can be toxic and potentially cause serious health problems. Therefore, it is important to read the labels of frozen foods carefully before purchasing or consuming them.

How can I make sure my frozen foods are healthy and safe?

First, check the expiration date on the package. Frozen foods can last for a long time, but they do have an expiration date. If the food is past that date, it is not necessarily unsafe, but it may not be as fresh as you would like.

Second, when you are ready to eat the food, make sure to thaw it out properly. Do not leave frozen food out at room temperature for too long, as this can cause bacteria to grow. Instead, thaw the food in the refrigerator or in cold water.

Finally, when you’re cooking frozen food, make sure to cook it thoroughly. Frozen food can be cooked from frozen, but you will need to cook it for a longer time to make sure it is safe to eat.

What are some tips for buying and storing frozen foods?

1. Check the expiration date before purchasing any frozen food product.

2. Make sure frozen foods are well wrapped and not leaking.

3. Do not overload your freezer, as this can cause items to thaw and refreeze, which can affect their quality.

4. Store frozen foods at 0 degrees Fahrenheit or below.

5. When thawing frozen foods, do so in the refrigerator, never at room temperature.

6. Be sure to cook frozen food thoroughly before eating.

7. Never refreeze thawed food unless it has been cooked first.

8. Frozen food should be used within six months for optimum quality.

What are some of the best frozen foods to eat?

What are some of the worst frozen foods to eat?

Frozen dinners are often loaded with calories, fat, and sodium. They also tend to be low in nutrients. If you’re looking for a healthier option, try making your own meals from scratch using healthy ingredients.

Frozen pizza is another food that’s often loaded with unhealthy ingredients. If you want to enjoy pizza without all the guilt, try making your own at home using a whole wheat crust and healthy toppings.

Frozen yogurt is often high in sugar and calories. If you’re looking for a healthier option, try making your own yogurt at home using healthy ingredients.

Whether we’re talking about Eskimos and their tradition of ice cream or modern-day pizza lovers, one thing is for sure: frozen foods have come a long way. From the first recorded instance of someone freezing food to our current love affair with pizzas, tacos, and chicken nuggets, it’s clear that Americans (and people all over the world) can’t get enough of these convenient eats. What will be the next big frozen food trend? Only time will tell!

The Different Types Of Guitars And The Sounds They Make

The Basics Of Economics: An Introduction To Micro And Macroeconomics

Culture Shock: What To Expect When Business Traveling Abroad