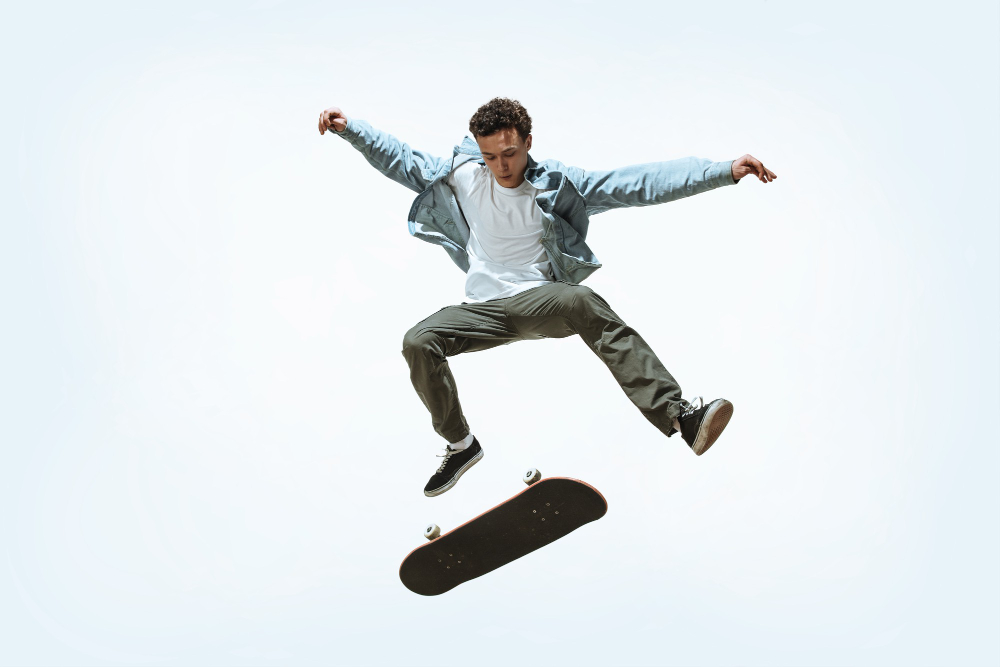 It seems like everywhere you look these days, there are people engaging in extreme sports. Whether it’s base jumping, parkour, or freestyle motocross, more and more people are looking for ways to test their limits and push themselves to the edge. So what does this say about our society? Are we becoming a generation of thrill seekers, or is there something else going on here? In this blog post, we’ll take a closer look at the rise in popularity of extreme sports and what it says about our society. Stay tuned!

When we watch someone defy death on a regular basis, it’s easy to see why extreme sports are so popular. There’s something about seeing somebody push themselves to the limit that is both exhilarating and inspirational.

But what is it about these activities that speaks to us on such a deep level? Why do we feel the need to constantly seek out new thrills, even when it puts our lives at risk?

some experts believe that our need for thrill-seeking is actually hardwired into our DNA. After all, for most of human history, life was a constant battle against nature just to stay alive. Those who were able to take risks and push themselves to their limits were more likely to survive and pass on their genes.

Now, in a world where we are mostly safe from the dangers of the natural world, some of us still feel the need to seek out thrills. It’s like our bodies are telling us that we need to keep testing ourselves, push ourselves to the limit, in order to stay alive and thrive.

Of course, not everyone is drawn to extreme sports or other thrill-seeking activities. But for those of us who are, it’s important to remember that we are doing more than just seeking a rush of adrenaline. We are fulfilling a deep-seated need that has been with us since the dawn of time.

While some people see these activities as exciting and exhilarating, others view them as dangerous and foolhardy. So what is the truth? Are extreme sports really as dangerous as they seem? And if so, do the rewards outweigh the risks?

To get a better understanding of the risks involved in extreme sports, let’s take a look at some of the most popular activities. Bungee jumping, for example, involves leaping from a high platform while attached to a large elastic cord. The cord stretches and slows the jumper’s fall, but there is still a significant risk of injury. In fact, bungee jumping accidents can sometimes be fatal.

Another popular extreme sport is skydiving. Here, participants jump out of an airplane at a high altitude and free fall to the ground, using a parachute to slow their descent. While skydivers are trained to use their parachutes correctly, there is still a risk of malfunction or human error. As a result, skydiving accidents can also be deadly.

So why do people participate in these dangerous activities? For some, it’s simply the thrill of the adrenaline rush. They enjoy pushing themselves to the limit and feeling alive in a way that they can’t from everyday activities. For others, it may be about proving something to themselves or others. They want to show that they’re not afraid to take risks and that they’re capable of accomplishing something challenging.

One of the most important factors in the growth of extreme sports has been the development of new and improved equipment. For example, the invention of the foam pit – a large pool filled with soft material – has made it possible for skateboarders and BMX riders to safely practice complicated tricks. Similarly, the development of GPS technology has allowed snowboarders and skiers to safely navigate terrain that was once considered too dangerous.

Another important factor in the growth of extreme sports has been the increased coverage of these activities by the media. In the past, most people only heard about extreme sports through word of mouth or saw occasional footage on the evening news. However, today there are entire television channels dedicated to extreme sports, and many events are streamed live online. This increased visibility has helped to generate interest in extreme sports among people who might not have otherwise been aware of them.

While some argue that this is a positive development, others contend that the dangers associated with these activities far outweigh any potential benefits.

On the plus side, participating in extreme sports can help young people to develop a number of important skills and qualities. For example, they often require split-second decision making, as well as a high level of concentration and focus. What’s more, overcoming the fear of failure or injury is another common challenge that must be faced. In many cases, those who take part in extreme sports also develop a greater sense of confidence and self-belief.

On the downside, however, extreme sports can be extremely dangerous. The most obvious risk is that of serious injury or even death. This is especially true if participants do not have the necessary skills and experience. In addition, there is also the potential for financial loss if expensive equipment is damaged or lost. Finally, some opponents argue that extreme sports can promote a sense of recklessness and irresponsible behaviour.

What is clear is that participants need to be aware of both the potential risks and rewards before taking part in any extreme activity.

The impact of extreme sports on traditional sporting events and athletes

In addition, the popularity of extreme sports has led to a new generation of athletes who are more interested in extreme challenges than in winning traditional sporting events. This has caused some traditional athletes to feel pressure to attempt more extreme feats in order to stay relevant.

Finally, the popularity of extreme sports has also had an impact on the way traditional sporting events are marketed and televised. In an effort to attract young viewers, television networks have begun to show more extreme sports programming. This has led to a change in the way traditional sporting events are covered, with an emphasis on highlight reels and exciting moments rather than on the actual competition.

With the rise of social media, it’s easier than ever to watch people performing death-defying stunts and tricks. This has led to more people wanting to try these activities for themselves.

However, there is a downside to the commercialization of extreme sports. Some people argue that it is making these activities more dangerous. As more people try to push the boundaries to get attention, they are putting themselves at risk of serious injury or even death.

There is also a worry that the commercialization of extreme sports is leading to a homogenization of the activities. As companies try to make money from them, they are making the activities more mainstream and less unique. This could lead to a loss of the rebellious, counter-cultural image that many extreme sports have.

There is no doubt that extreme sports are risky. After all, participants are often doing things like cliff jumping, base jumping, and skiing or snowboarding down steep slopes. And while the media may sometimes sensationalize the dangers of these activities, the fact remains that there is a real potential for serious injury or even death.

However, it’s important to keep the risks of extreme sports in perspective. For one thing, the vast majority of participants do not suffer any serious injuries. And while fatalities do occur, they are relatively rare. In fact, studies have shown that participating in an extreme sport is actually much safer than many common activities like driving a car or playing football.

So while there is no denying that extreme sports are dangerous, the risks are often exaggerated. And for those who are willing to take the necessary precautions, they can be an exciting and enjoyable way to experience the outdoors.

The different motivations that people have for participating in extreme sports

Some people participate in extreme sports because they enjoy the adrenaline rush. They like the feeling of being on the edge and pushing their limits. Others participate because they thrive on competition and the challenge of pushing themselves to be the best. Still others do it for the sheer love of the sport itself and the feeling of freedom and exhilaration that comes with it.

The changing face of extreme sports as they become more mainstream

In the past, extreme sports were considered to be activities that only daredevils and adrenaline junkies would attempt. However, in recent years, these activities have become increasingly popular, with more people of all ages and backgrounds taking part.

One of the reasons for this change is that extreme sports are no longer seen as being just for thrill-seekers. Thanks to the increasing popularity of mainstream media coverage, extreme sports are now seen as being accessible to everyone. This has led to a wider range of people taking up these activities, from those who just want to have a bit of fun, to those who are looking for a more extreme challenge.

As well as becoming more popular, extreme sports are also becoming more mainstream. This is evident in the way that these activities are now being covered by the media, with major TV networks and publications giving them a significant amount of coverage. In addition, there are now numerous extreme sports competitions taking place around the world, which attract both professional and amateur athletes.

The changing face of extreme sports is having a positive impact on both the athletes and the spectators. On the one hand, it is providing more people with the opportunity to take part in these activities and experience the exhilaration that they offer. On the other hand, it is also giving people who are not interested in taking part the chance to enjoy watching these activities from the safety of the sidelines.

With the rise of social media, more and more people are exposed to these activities and are inspired to give them a try.

However, it is still unclear whether this trend will continue in the future. There are many factors that could influence the popularity of extreme sports, such as the economy, changing social norms, and technological advances.

It is difficult to predict the future of extreme sports, but one thing is for sure: they are here to stay. Whether or not they continue to grow in popularity, extreme sports offer a unique and thrilling experience that many people enjoy.

Our society is constantly looking for new and exciting ways to push boundaries, both mentally and physically. Extreme sports offer participants a unique opportunity to test their limits and experience an adrenaline rush like no other. While some may view extreme sports as dangerous and irresponsible, there is no doubt that they are on the rise in popularity for a reason. People are searching for new challenges and ways to feel alive, and extreme sports provide just that. What do you think about the rise in popularity of extreme sports? Do you have any interest in trying them out?

How To Do Jigsaw Puzzles – Tips And Tricks For Beginners!

The Most Important Business Management Skills You Need To Succeed

How To Use Feng Shui To Decorate Your Home