How Individual Athletes Can Use Persuasion To Their Advantage 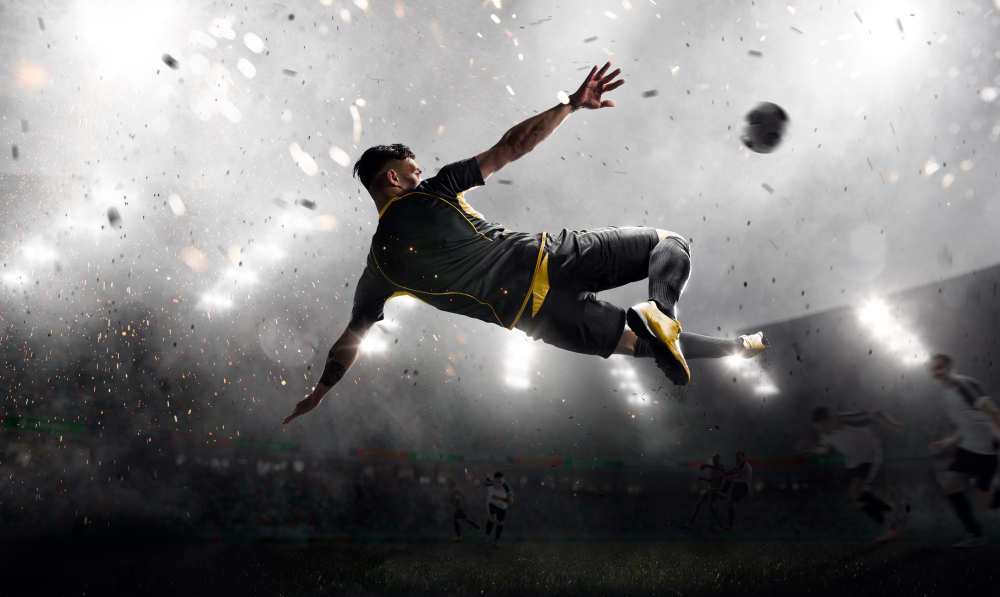 You don’t need a team to be a winner. In fact, some of the most successful athletes in history have accomplished their feats as individuals. There are many things that go into becoming a successful individual athlete, but one of the most important is your ability to use persuasion. In this blog post, we’ll explore how you can use persuasion techniques to help you achieve your goals and become a champion. Stay tuned!

How can athletes use persuasion to their advantage in individual sports?

One way that athletes can use persuasion is by trying to create a favorable impression. In many cases, people will judge others based on their first impressions, so it’s important for athletes to make sure that they put their best foot forward. This can be done by dressing nicely and speaking confidently. Additionally, athletes should try to be likable and approachable, as this will make it more likely that people will want to root for them.

Another way to use persuasion is by using emotional appeals. People are often more likely to be persuaded by something if it makes them feel an emotional response. For example, an athlete might try to evoke feelings of pity or sympathy in order to get people to support them. Additionally, athletes can use positive emotions like happiness or excitement to create a sense of excitement about their performance.

Finally, athletes can also use persuasion by providing logical arguments. If people can see that an athlete is knowledgeable about their sport and has thought through their argument, they are more likely to be persuaded. Additionally, athletes should make sure to back up their claims with evidence.

How can athletes use persuasion to improve their performance?

One way is to use positive self-talk. This involves convincing oneself that one is capable of achieving a goal. For example, an athlete might tell herself “I can do this” before competition in order to increase her confidence.

Another way that athletes can use persuasion is to get support from others. This could involve having a coach or teammate give them encouragement before a big event. Research has shown that social support can boost performance, so this is an effective way to use persuasion.

Finally, athletes can also try to create a positive mindset by visualizing their success. This involves picturing oneself achieving a goal in one’s mind. Studies have shown that this can increase the likelihood of actually achieving the goal.

How can athletes use persuasion to get better results?

First, it is important to understand what persuasion is and how it works. Persuasion is the process of convincing someone to change their opinion or behavior. In order to be effective, persuasion must be based on sound logic and evidence.

Second, athletes should remember that not everyone will be persuaded by the same arguments. It is important to tailor one’s persuasive arguments to the individual or group being targeted.

Third, it is often useful to enlist the help of others when trying to persuade someone. Having a teammate, coach, or other authority figure backing up one’s arguments can be very helpful in convincing someone to change their opinion.

Fourth, athletes should be aware of the different ways that people can be persuaded. Some people are more responsive to emotional appeals, while others respond better to logical arguments. Understanding how different people respond to persuasion can help athletes tailor their arguments accordingly.

Finally, athletes should be prepared to follow through on their persuasive arguments. If an athlete promises to change their behavior or performance if the person they are persuading does something, it is important to follow through on that promise. Failing to do so will damage the athlete’s credibility and make it harder to persuade people in the future.

What are some effective ways for athletes to use persuasion?

One way that athletes can try to persuade others is through emotional appeals. This involves trying to evoke an emotional response in the other person in order to influence their opinion or decision. For example, an athlete might try to appeal to the other person’s sense of patriotism in order to get them to support their team.

Another persuasive strategy that athletes can use is personal testimony. This involves sharing one’s own personal experiences in order to convince the other person of something. For example, an athlete might share their story of how they overcame adversity to succeed in their sport.

A final persuasive strategy that athletes can use is social proof. This involves using the endorsement or support of others to try and sway the opinion of the other person. For example, an athlete might point to the fact that many other people support their team in order to try and convince the other person to do the same.

How can athletes use persuasion in their training?

Athletes can use persuasion in their training by convincing themselves that they can achieve their goals. This self-belief can lead to better performance and results. Additionally, athletes can also use persuasive techniques on their coach or trainers. By communicating effectively and making a case for why certain training methods are best, athletes can influence the decisions made about their training.

What are some effective ways for athletes to use persuasion in their competition?

Some athletes may try to psych out their opponents by trying to get into their heads and make them doubt themselves. This can be done through verbal taunting or trying to imitate their opponent’s mannerisms. Another way to persuasion is by playing mind games with your opponent such as making them think you are about to do one thing when you are really going to do another.

Athletes can also use persuasion by trying to get the crowd on their side. This can be done by playing up to the home crowd or trying to get the opposing crowd to boo them. This can give athletes a boost of confidence and make their opponents feel like they are already behind.

How can athletes use persuasion to get an edge over their opponents?

Positive reinforcement is a technique that can be used to encourage opponents to perform at their best. This technique involves providing rewards for desired behavior. For example, an athlete may offer their opponent a prize if they win a competition. This technique can be extremely effective in motivating opponents to give their best effort.

A combination of both positive and negative reinforcement can be used to get the best results. This technique involves using both rewards and punishments to motivate opponents. For example, an athlete may offer their opponent a prize if they win a competition, but withhold the prize if they do not meet the standards set forth by the athlete. This technique can be effective in motivating opponents to give their best effort while also discouraging them from giving their best effort.

What are some effective ways for athletes to use persuasion in their career?

When athletes set goals, they need to be specific and realistic in order for persuasive techniques to be most effective. This means that athletes cannot just set any old goal; rather, the goal needs to be something that will inspire and motivate them.

Passion is also key when it comes to persuasion. If athletes do not have a genuine passion for what they do, then it will be difficult to convince others of their talent and ability.

Finally, positive reinforcement is a powerful tool that can help athletes persuade others. By offering rewards for meeting goals or exhibiting desired behavior, athletes can encourage others to believe in their ability and buy into their vision.

How can athletes use persuasion to achieve success?

Athletes can use persuasion to achieve success in their careers by convincing others of their talent and ability. This can be done through verbal communication, such as giving speeches or interviews, or nonverbal communication, such as body language and facial expressions. By communicating effectively, athletes can persuade others to invest in their career, whether it is through signing a contract, sponsoring a team, or providing financial support.

Athletes can also use persuasion to motivate themselves and others. For example, a coach may give a pre-game speech that persuades the team to go out and give their all on the field. Similarly, an athlete may give a post-game interview in which they persuade the public to continue supporting them. In both cases, the goal is to use persuasion to achieve a desired outcome.

What are some effective ways for athletes to use persuasion to become more popular?

2. Being passionate – passion is infectious, so if an athlete is passionate about what they’re doing, others will be more likely to get on board.

3. Being knowledgeable – it’s important for athletes to know what they’re talking about when trying to persuade others, as this will help build trust and credibility.

4. Using strong language – using persuasive language can be helpful in getting others to see things from your point of view.

5. Making a compelling argument – in order to persuade others, it’s important to make a strong and convincing argument.

6. Being persistent – sometimes it takes more than one try to persuade someone, so athletes need to be prepared to keep trying if they don’t succeed at first.

7. Being flexible – being willing to adjust your approach based on the person you’re trying to persuade can be helpful in getting them on board.

8. Using flattery – sometimes people can be persuaded by flattery, so athletes should consider using this tactic judiciously.

9. Offering incentives – offering something of value in exchange for someone’s cooperation can be an effective way to persuade them.

10. Making a personal connection – connecting with someone on a personal level can make it more likely that they’ll be receptive to your persuasion attempts.

Persuasion is a powerful tool that all athletes can use to their advantage. It can be used before an event to increase confidence, during an event for strategic decision making, and after an event to learn from mistakes. By understanding the principles of persuasion and using them in your sport, you can become a more successful athlete. Have you tried any of these techniques? Let us know how they worked for you!

How Individual Athletes Can Use Persuasion To Their Advantage

The Top Foods That Are Ruining Your Skin